The Golden Era of Bodybuilding: Why Did They Look Better?

The Golden Era of Bodybuilding: Why Did They Look Better?

The golden era of bodybuilding is widely believed to be from the 50s to the 70s. During these years the greatest physiques to ever grace the sport were sculpted; and are still widely coveted today.

During this time bodybuilders had huge muscles, tiny waists and perfect symmetry; unlike some bodybuilders today who look 8 months pregnant with twins.

Almost everyone in bodybuilding can agree that physiques from these eras were timeless.

During the golden era, bodybuilders would pop desiccated liver tablets like they were candy, whilst chugging quarts of milk on Muscle Beach.

Pumping and tanning simultaneously in the land of opportunity, what a life.

Despite knowledge supposedly evolving in regards to nutrition, supplements and workouts; many people don’t want to look like modern day bodybuilders. In comparison, they are significantly bigger than those of the golden era, whilst looking more bloated and unhealthy than their predecessors.

The reason for this is thought to be: different steroids and different dosages used.

Back then, steroids such as: dianabol, deca durabolin and primobolan were popular. These compounds would produce huge muscle gains, without excessive androgenic effects. Thus bodybuilders could remain looking relatively natural (with smooth muscles), whilst also keeping their hair intact. 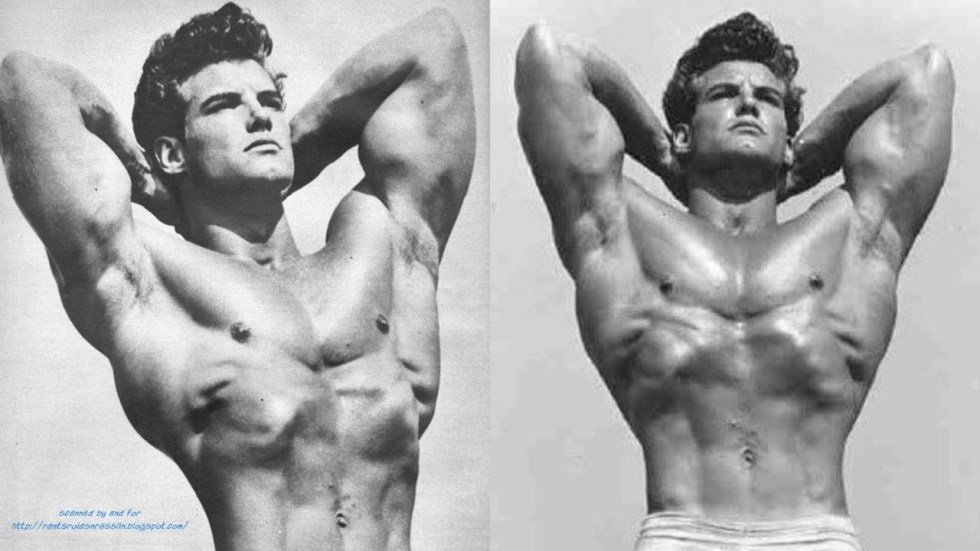 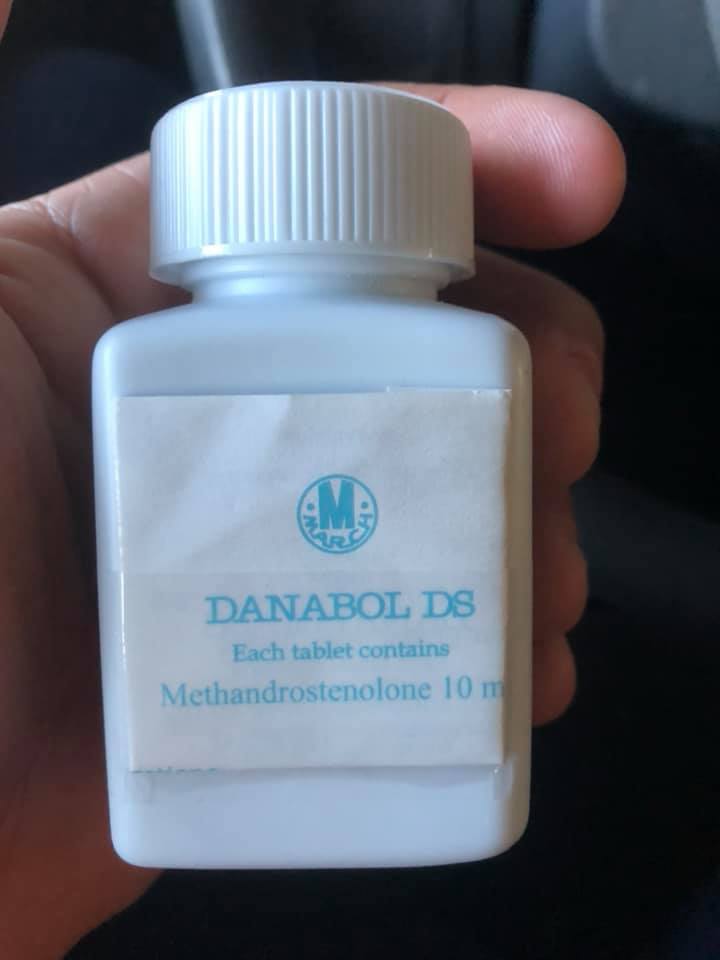 Today, compounds such as: trenbolone, anadrol and HGH are more commonly used, in combination with the older steroids.

This is due to these muscles having a higher number of androgen receptors, thus are more susceptible to muscle hypertrophy via the use of androgenic steroids.

No HGH, No Gut 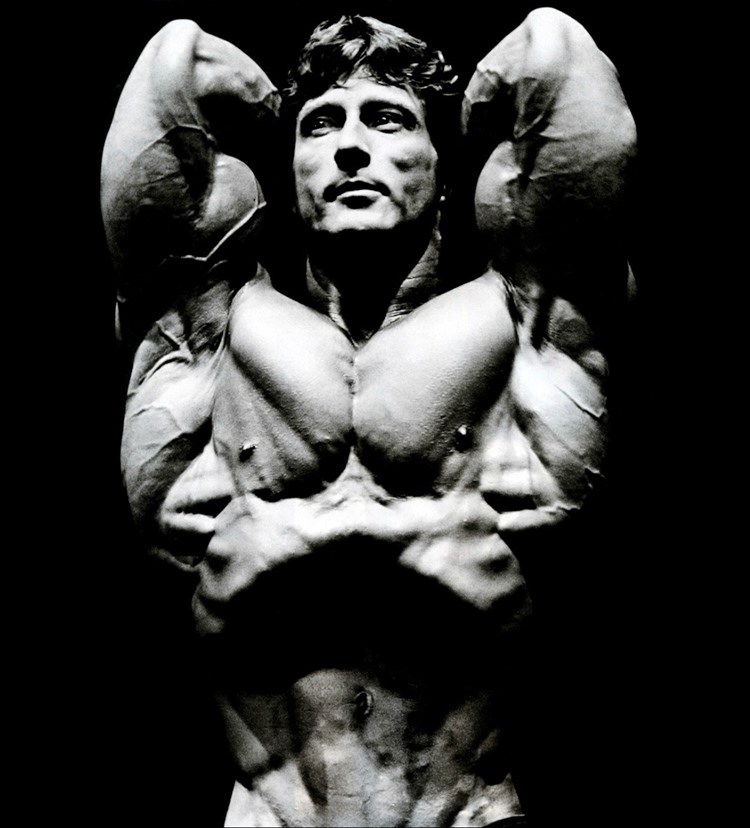 The inclusion of HGH and insulin in cycles during the 80’s had a negative effect on aesthetics. These two compounds helped in producing the first mass monsters, with Dorian Yates and Ronnie Coleman coming onto the scene.

However, the downside to this extra mass from HGH and insulin, was the enlargement of intestines and increased visceral fat, resulting in distended stomachs (known as HGH guts).

In comparison, a typical IFBB bodybuilder today would be embarrassed to stand against people like Frank Zane, who would often highlight their tiny midsections by performing stomach vacuums when posing. 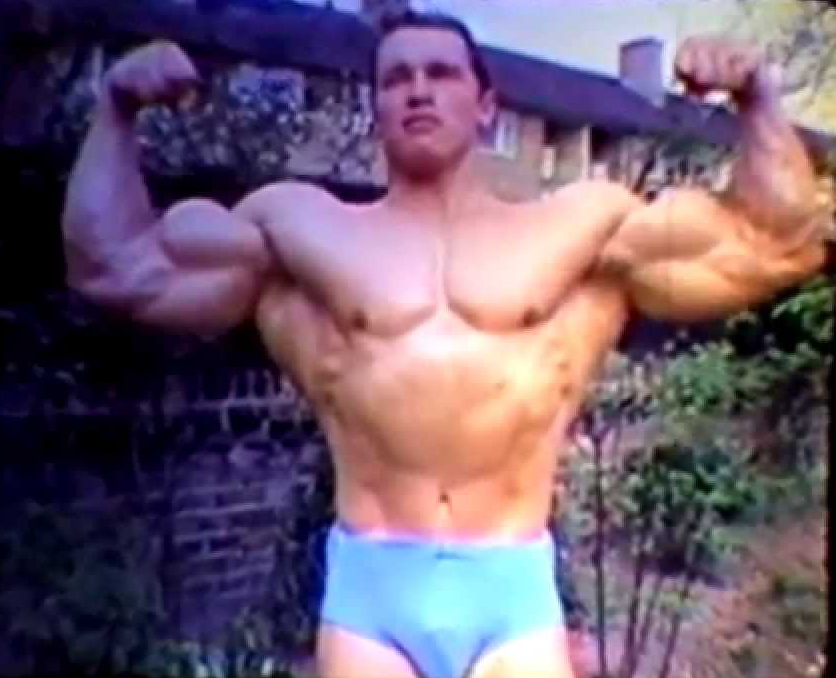 The dosages bodybuilders would take back then were also thought to be much less, with Arnold saying that some bodybuilders “may take 3 x dianabol (tablets) per day” (1).

With dbol tablets originally being in 5mg doses, this translates as 15mg per day. This is also the maximum dose recommended by doctors at the time, who would prescribe dianabol to bodybuilders.

However, bodybuilders today often take doses as high as 50-100mg a day. Thus they are thought to be taking up to 7x the dose as classic bodybuilders.

Inevitably taking more of any steroid will lead to more health complications, hence how bodybuilders such as Arnold are still alive now at 72 years of age and in relatively good health. In contrast, it’s common for modern IFBB bodybuilders to die more prematurely (2).

Studies have also shown that when mice were exposed to steroids, their lifespan decreased (3). They also found that higher doses resulted in a lower life expectancy.

Back in the golden era, bodybuilders would train more instinctively. For example, some bodybuilders’ workouts would last for several hours. Today, this would be classed as ‘overtraining‘ and is largely avoided, however they proved it worked.

This was a method used by Arnold to help bring up lagging body parts, such as his calves.

Tom Platz was also known to squat for up to 4 hours, consequently developing the greatest legs in bodybuilding.

Back then there were less studies done on the human body, so they would be the guinea pigs themselves, experimenting with what worked and what didn’t. This training mentality is almost extinct today, where people will only try a routine if it’s been validated by a study, or has some scientific explanation behind it from a guru. 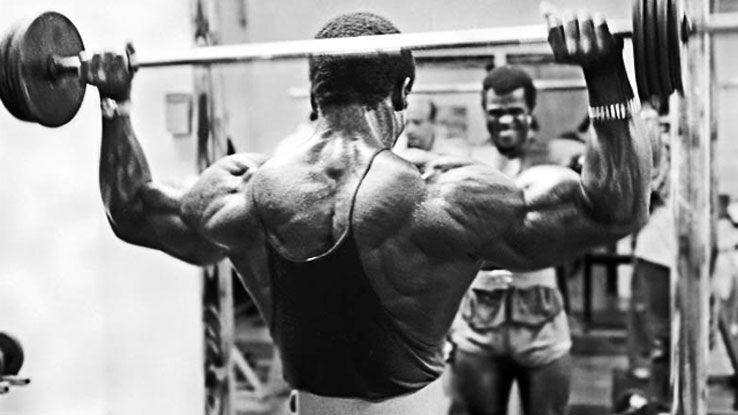 Back then the gyms were a lot smaller, so they had a lot of dumbbells and barbells and less machines. This unknowingly worked to their advantage, forcing them to stick to free weight movements, proven to be more effective for building strength and mass than machine-assisted exercises (4).

Isolation exercises were also used for additional growth and sculpting. They utilized similar rep ranges as the pros today, however their intensity was thought to be higher. Arnold stated that he’d been sick in a gym before on the documentary Pumping Iron, giving some insight as to how hard they trained. 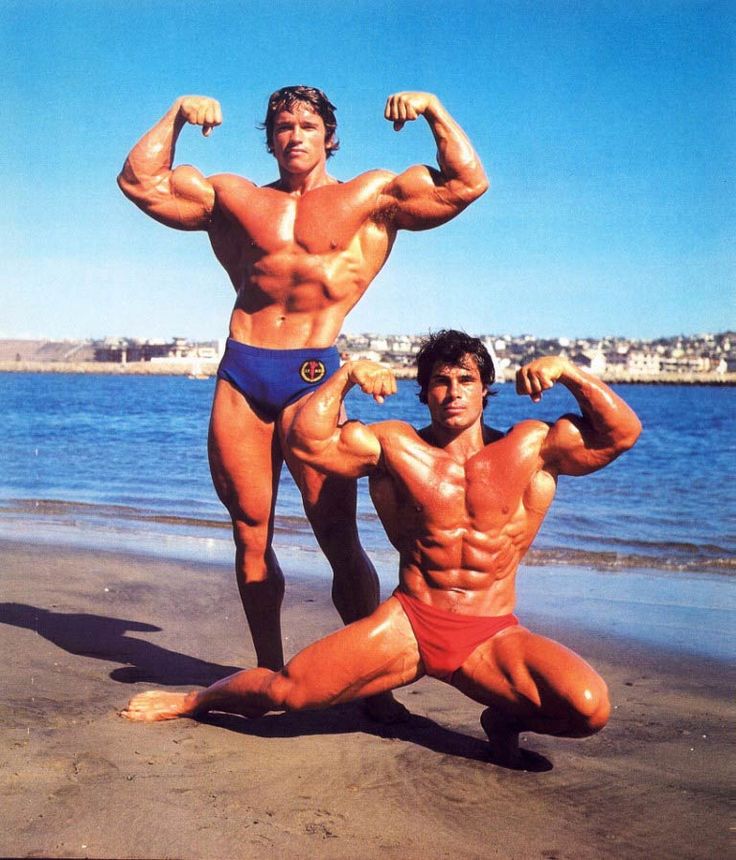 Franco Columbu and Arnold were rivals, yet best friends. Columbu perhaps had better conditioning, however lost out to Arnold on the overall Sandow trophy, due to the Austrian Oak having more mass. 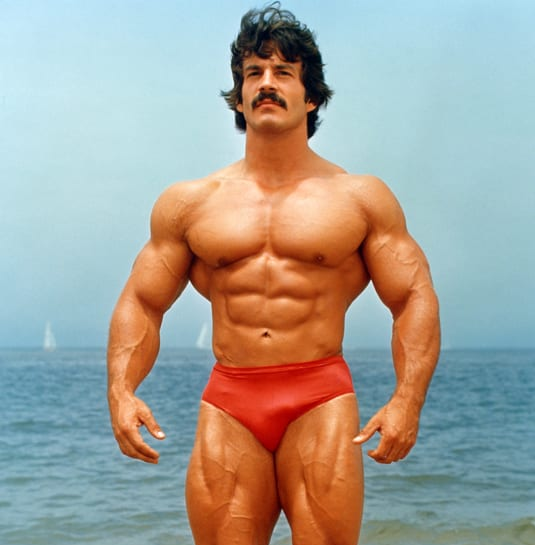 Mike Mentzer is one of the few bodybuilders to get a perfect 300 score during the Mr. Olympia. He was a keen advocate of the heavy duty training system, lifting heavy weights intensely for short periods of time; which was later adopted by Dorian Yates. 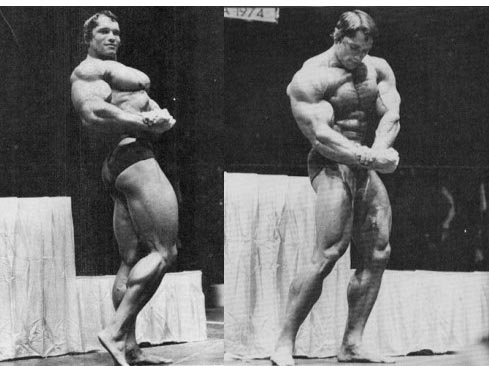 This was the biggest version of Arnold Schwarzenegger at the 1974 Mr. Olympia, where he combined huge mass with sharp conditioning. 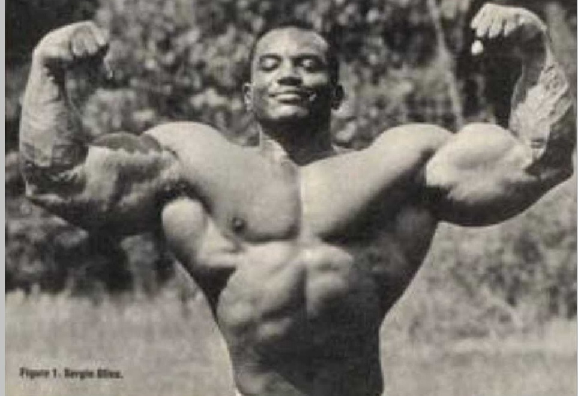 Sergio Oliva aka the myth, showing off some of the greatest arms that ever belonged to bodybuilding. The only man to ever beat Arnold in the Mr. Olympia. 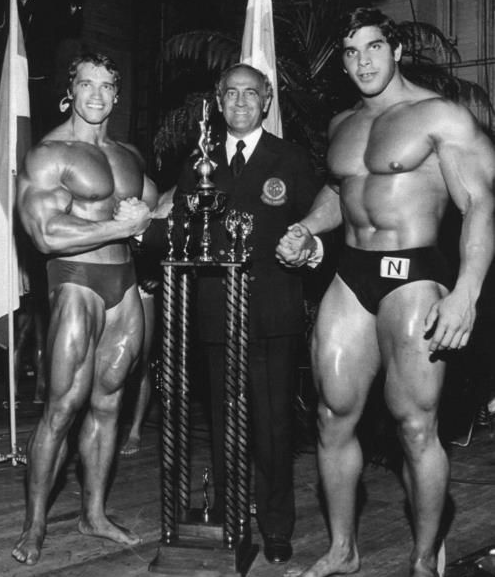 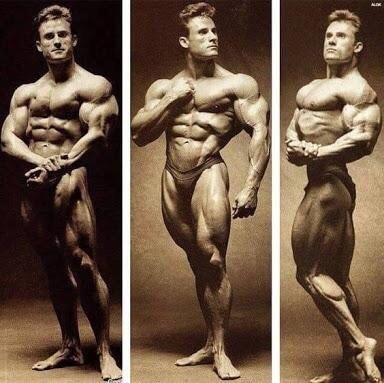 Francis Benfatto, one of the most aesthetic bodybuilders of all time. He appeared a little later in the 80’s, however he kept the classic physique in an era where steroid guts were starting to appear left, right and center.

Franco Columbu chalking up prior to deadlifting. Franco, although only 5 ft. 5 and only 185lbs, was one of the strongest bodybuilders around. 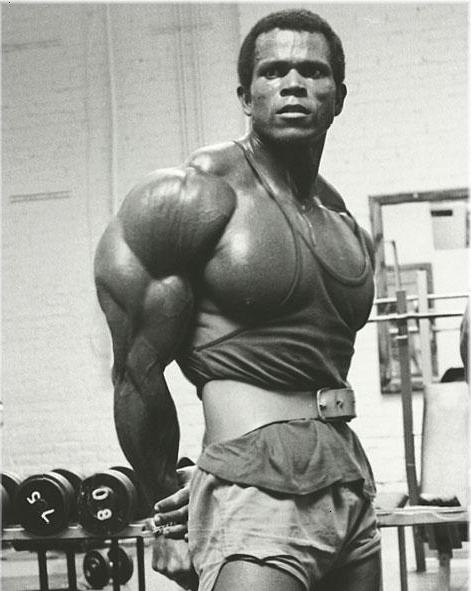 Serge Nubret, nicknamed the black panther. He was one of the most ripped and aesthetic-looking bodybuilders in the 70s.

Who was your favourite golden era bodybuilder? Get in touch with us and let us know.