Bodybuilding is regarded by many as a ‘taboo’ sport, due to illegal steroid use being rife at an elite level.

Bodybuilders have taken anabolic steroids as far back as the ’70s, where greats including Arnold Schwarzenegger have admitted to taking them.

5 decades ago, the dangers of taking steroids were not well documented, thus bodybuilders could easily obtain a prescription from their doctor for cosmetic purposes.

Now, steroids’ side effects are well-known and are currently illegal to use (for recreational purposes). Currently, they are strictly used for medicinal purposes, including the treatment of muscle-wasting diseases.

Despite such laws, bodybuilders continue to buy steroids today via the black market.

Research shows that in certain US cities, 54% of males who compete in bodybuilding shows, regularly take steroids (1). With 10% of female bodybuilders following suit.

However, it is not just competitive bodybuilders who take steroids, but also the general public, with over 1 million steroid users in America (2), making up 0.5% of the adult population. 2.3% of 12th graders (17-19-year-olds) are also thought to be on steroids (3).

Why Do Bodybuilders Use Steroids?

Anabolic steroids can take a bodybuilder’s physique to a whole new level, enabling them to build 50 plus pounds of lean muscle, whilst stripping away body fat.

With pressure from judges to be bigger and leaner, it is understandable why bodybuilders feel pressured to take steroids.

Social pressure may also be the reason why so many non-bodybuilders take steroids, with influencers on social media and reality TV shows gaining large followings, as a result of their well-chiseled physiques.

For some bodybuilders, their dreams of competing may be over, if they are to persevere with natural bodybuilding.

However, other bodybuilders who don’t want to compete in the IFBB Mr. Olympia, or other federations, may be more satisfied with their size; and thus refrain from taking illegal substances.

Different steroids will build muscle and burn fat to different degrees, hence why some steroids are more popular than others.

“There is evidence, if you could use these (steroid alternatives) they would be much better than using anabolic steroids”.

Several of the herbs and amino acids, mentioned by Dr. Thomas O’Connor, are present in Crazy Bulk’s legal steroid alternatives.

CB’s products are backed with clinical research and are safe for men and women to use. You can view their product range (and receive 20% off) by clicking the link below.

Below are the top 10 steroids used in bodybuilding, with the pros and cons listed for each.

Also, steroids can come in injectable or oral form. Therefore, the preferred route of administration for a bodybuilder will dictate which steroids he/she will use.

Testosterone was the first-ever anabolic steroid created, and it remains one of the most sought-after compounds today.

Testosterone will result in a significant amount of muscle mass and strength. It will also enhance fat loss, causing a dramatic change in body composition.

It is generally used during bulking cycles when trying to increase muscular size. It is popular due to its affordability, it being relatively mild (compared to other bulking steroids) and its side effects not being overly harsh.

This is why many novice steroid-users will cycle Testosterone alone for their first cycle.

Testosterone is predominantly an injectable steroid, with popular esters being: Enanthate, Cypionate, Propionate and Undecanoate. The latter is the only oral version of testosterone.

However, Testosterone does cause side effects, including any or all of the following: 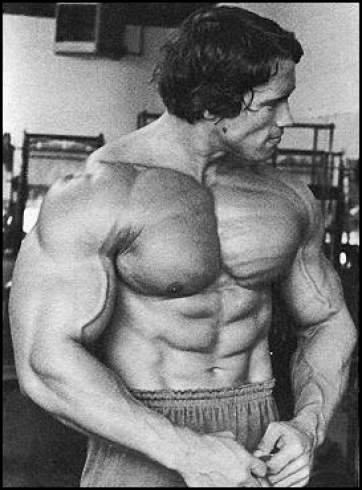 Dianabol was designed to be more anabolic than Testosterone, but with less androgenic effects.

Bodybuilders often testify to this being the case with Dianabol, where muscle and strength gains are more significant compared to Testosterone.

However, the difference is not huge, with Testosterone still being a powerful steroid.

Dianabol is one of the most effective steroids for bulking up and building muscle. It is typically available in oral form and thus injections are not needed.

Dianabol was thought to be Arnold Schwarzenegger’s favourite steroid, and it remains highly coveted today. It is best utilized in the off-season, causing rapid weight gain.

Due to its reduced androgenicity, Dianabol is not one of the harshest steroids on the market, making it popular even among beginners (in small to moderate doses).

Dianabol may still cause the following side effects:

Anadrol is a similar steroid to Dianabol, causing huge increases in size and strength. It is arguably more powerful than Dianabol, which can be attributed to it being taken in larger doses (mg per mg).

Anadrol is an oral steroid, often coming in 50mg pills.

It is very toxic and thus is not suitable for beginners or those with little experience in regards to steroids. Large increases in blood pressure will be experienced when taking Anadrol, thus users with existing heart problems may want to avoid taking this steroid.

Anadrol will also cause all of the usual side effects associated with steroids — but to a greater degree. Liver toxicity will also be a cause for concern, with it bypassing the liver upon entry (being in oral form).

Trenbolone, like Anadrol, is a very harsh steroid. However, it remains popular among bodybuilders due to its sheer power, when it comes to building lean muscle.

Tren does this without any water retention, due to a lack of aromatization and conversion to estrogen.

Therefore, bodybuilders can remain to look aesthetic and lean when taking Trenbolone, instead of holding water and bloating. Users can also notice an increase in vascularity and striations due to low levels of fluid outside the muscle cells.

Trenbolone is mostly an injectable steroid and is commonly stacked with Testosterone and Anadrol for greater results when bulking.

Trenbolone can also be used during cutting cycles to maximize fat loss, whilst preserving or building new muscle tissue.

Significant stress on the liver is unlikely; however, users may still experience:

Turinabol, also known as Tbol, is a powerful oral steroid.

Some bodybuilders also refer to it as ‘baby Dbol’ (Dbol being an abbreviation for Dianabol).

This nickname came to fruition, due to Tbol being a derivative of Dianabol, although not as powerful.

Turinabol does not produce water retention, thus virtually all of the weight gain will be in the form of muscle. This makes it particularly useful for athletes, who desire enhanced performance without carrying extra water weight.

Turinabol isn’t the most powerful steroid for bulking up; however, it will still produce noticeable changes in size and strength. It is also utilized during cutting cycles, due to its ‘dry’ nature, helping users to maintain muscle size when dieting.

Some bodybuilders believe Tbol to be a better muscle-builder than Anavar, but weaker than Winstrol.

Turinabol does not typically produce harsh side effects, in comparison to other anabolic steroids, and is relatively mild. However, cholesterol levels will rise, testosterone levels will decrease and there is a risk of liver toxicity. 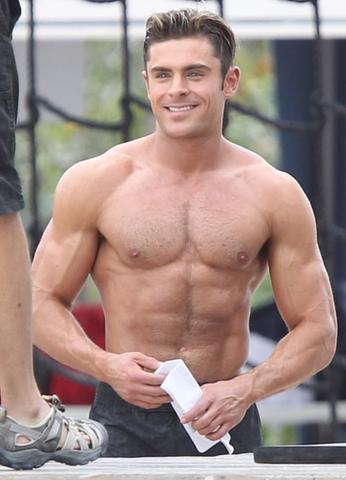 Winstrol (Stanozolol) produces significant muscle gains whilst simultaneously stripping fat. This makes it an effective oral steroid to use when bulking or cutting.

However, Winstrol’s muscle gains aren’t as pronounced when compared to powerful bulking steroids, such as Anadrol, Dianabol, Testosterone or Trenbolone. Therefore, it is usually added to a stack to enhance muscle gains, rather than being the main compound used.

Winstrol is another ‘dry’ steroid, that will expel water from the body, increasing muscle definition and making a bodybuilder appear leaner.

Consequently, Winstrol can be taxing on the joints, due to less water surrounding them, acting as a cushion. Winstrol’s side effects are also quite harsh with ALT/AST liver values and blood pressure rising significantly.

Androgenic side effects (oily skin/hair loss) are common and testosterone suppression is likely to be significant post-cycle.

Anavar (Oxandrolone) is arguably the safest steroid on the market. It helps bodybuilders build mild amounts of muscle, whilst burning fat.

Therefore, it is typically used during a cutting phase.

Anavar is a ‘dry’ steroid, like Winstrol, therefore bodybuilders will look extra ripped when cycling it.

Side effects are often very mild, with Anavar still being FDA-approved for medicinal purposes and often prescribed to even women or children.

Beginners often take Anavar, due to its safety and easy administration (being an oral steroid). However, Anavar on the black market can be very expensive, due to it being more scarce and difficult to produce.

A lot of women also take Anavar, as it is less likely to cause virilization side effects, such as:

Despite being an oral steroid, Anavar does not pose much risk to the liver either, due to it also being metabolised by the kidneys.

Anvarol is the legal alternative to Anavar and is considerably cheaper.

Deca Durabolin (Nandrolone) is an injectable steroid, that is often stacked with other bulking compounds for massive gains in the off-season.

Deca is a slow-acting steroid and by itself won’t produce huge results; however, when combined with Dianabol or Anadrol for example, it can accelerate muscle-building.

Deca also increases muscle fullness, giving an extra dimension of thickness to the muscles and enhancing pumps (in and out of the gym).

Deca’s side effects are also a lot more tolerable compared to other bulking steroids, causing more mild side effects. However, impotence is likely when taking Deca Durabolin, due to an increase in prolactin and a decrease in DHT (and testosterone).

Arnold was believed to have been taking Deca Durabolin in the ’70s, in conjunction with Dianabol.

Equipoise (Boldenone Undecylenate) is an injectable steroid, commonly used among veterinarians on horses. Equipoise is similar to Deca Durabolin, although Equipoise is a stronger compound and more androgenic than Deca. Therefore, side effects are likely to be a little harsher.

However, the gains are likely to be similar to Deca, thus bodybuilders typically stack Equipoise with more powerful bulking steroids for hefty gains in size and mass.

Taking Equipoise alone (like Deca Durabolin), will result in slow and steady gains, with cycles usually lasting anywhere from 12-20 weeks.

Masteron is a DHT-derived steroid that produces moderate increases in lean muscle, with significant fat-burning properties.

Masteron is not as popular as other steroids on this list, mainly due to it not having the ability to add as much size/mass compared to other compounds.

However, the side effects of Masteron are mild compared to other cutting steroids such as Winstrol, therefore it is a preferable cutting steroid for some bodybuilders not looking to get huge.

Masteron is typically used by bodybuilders during contest prep when trying to get as shredded as possible. Masteron is also common among CrossFit athletes, looking to increase their strength and endurance (without severe side effects or dramatic weight gain).

These are the top 10 steroids used in bodybuilding today. Many of these compounds have been around for several decades, yet are becoming increasingly popular each year.

There are other anabolic steroids and PED’s used by bodybuilders that are not on this list.

Other notable drugs utilized by bodybuilders, enabling them to build muscle and strip fat are:

We would like to warn our readers about the health implications of using the steroids listed in this article.

Instead, we advise bodybuilders to purchase legal alternatives to these steroids, ensuring that they stay within the law and are not jeopardizing their health with dangerous substances.