Anvarol is an Anavar alternative formulated by Crazy Bulk, a leading manufacturer of legal steroid alternatives.

Anvarol is an FDA-approved oral pill containing natural ingredients that mimic the same anabolic and fat-burning effects as Anavar.

Anavar is well-known for its simultaneous muscle-building, strength-enhancing and fat-burning properties.

Furthermore, Anavar is illegal and thus bodybuilders must purchase it from the black market which poses various risks — especially due to Anavar’s very high market price. Consequently, many dealers are sneakily decreasing the purity of Anavar, in a bid to increase their profit margin. This effectively leads to users taking considerably lower dosages (unaware) and experiencing fewer results.

Dealers can also substitute Anavar, deceptively replacing it with a significantly cheaper compound to produce — such as Dianabol.

These are just some reasons why bodybuilders are now seeking an Anavar alternative.

But how effective really is Anvarol? And how does it compare to true Anavar? See the before and after pictures below and decide for yourself.

These transformations were taken from the official Crazy Bulk website and various forums.

Anvarol Before and After #1 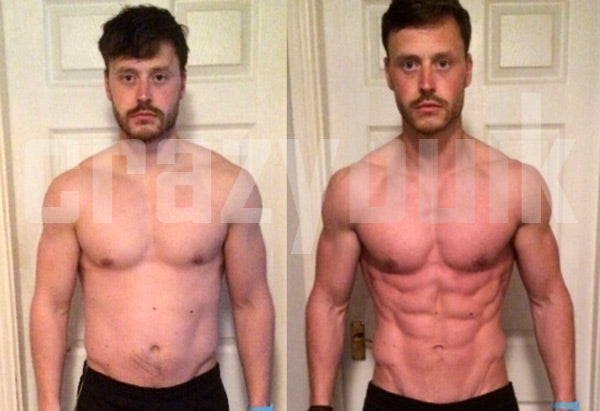 It is important to note that John’s results weren’t purely from Anvarol, as other legal steroid alternatives were taken in conjunction. Thus, we don’t know purely how much of his gains solely were Anvarol.

When stacking multiple compounds together, a user’s results typically increase; due to greater levels of protein synthesis and thermogenesis.

In this stack, Clenbutrol will elevate a person’s metabolism, effectively increasing their calorie expenditure each day at rest. Thus, it is purely taken as a fat burner with no anabolic properties.

Anvarol, Winsol and Testo-Max are formulated to build muscle and burn fat simultaneously. Thus, when users are cutting on lower calories, because of these compounds’ anabolic nature, users are more likely to retain their strength and muscle mass.

Anvarol Before and After #2 (Female) 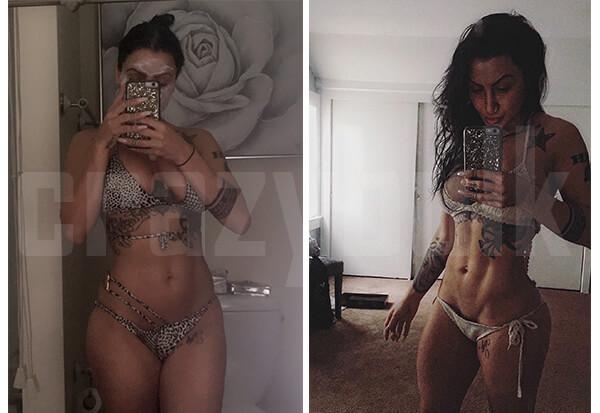 Giovan does not specify how long she used Anvarol and HGH-x2; however, it is likely to be multiple cycles.

Her BMI actually increased by 1.6, despite losing notable amounts of subcutaneous fat. Thus, taking before and after photos is a more reliable way to track progress, rather than using BMI readings or scales. This is due to Anvarol building muscle and burning fat simultaneously (like Anavar).

Giovan also experienced impressive strength gains on Anvarol and HGH-x2, as she states it was a struggle to squat 60lbs at the beginning of her first cycle. However, now she is able to lift 150lbs without breaking a sweat.

Anvarol Before and After #3 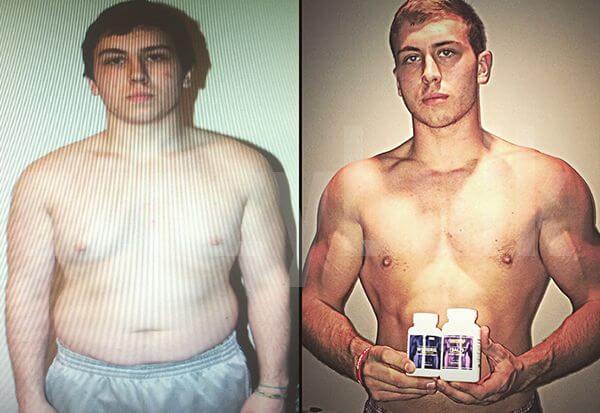 Prior to this before and after photo, Cole had previously bulked up, gaining 25lbs after taking Testo-Max, Trenorol and Winsol.

However, the above before and after picture is his cutting transformation, after using:

He has lost a significant amount of fat, built muscle and lost his man boobs.

Again, the timespan of this transformation is unknown and the impact of Anvarol alone is impossible to measure. However, it is clear that Anvarol stacked with other cutting agents from Crazy Bulk are producing impressive transformations. 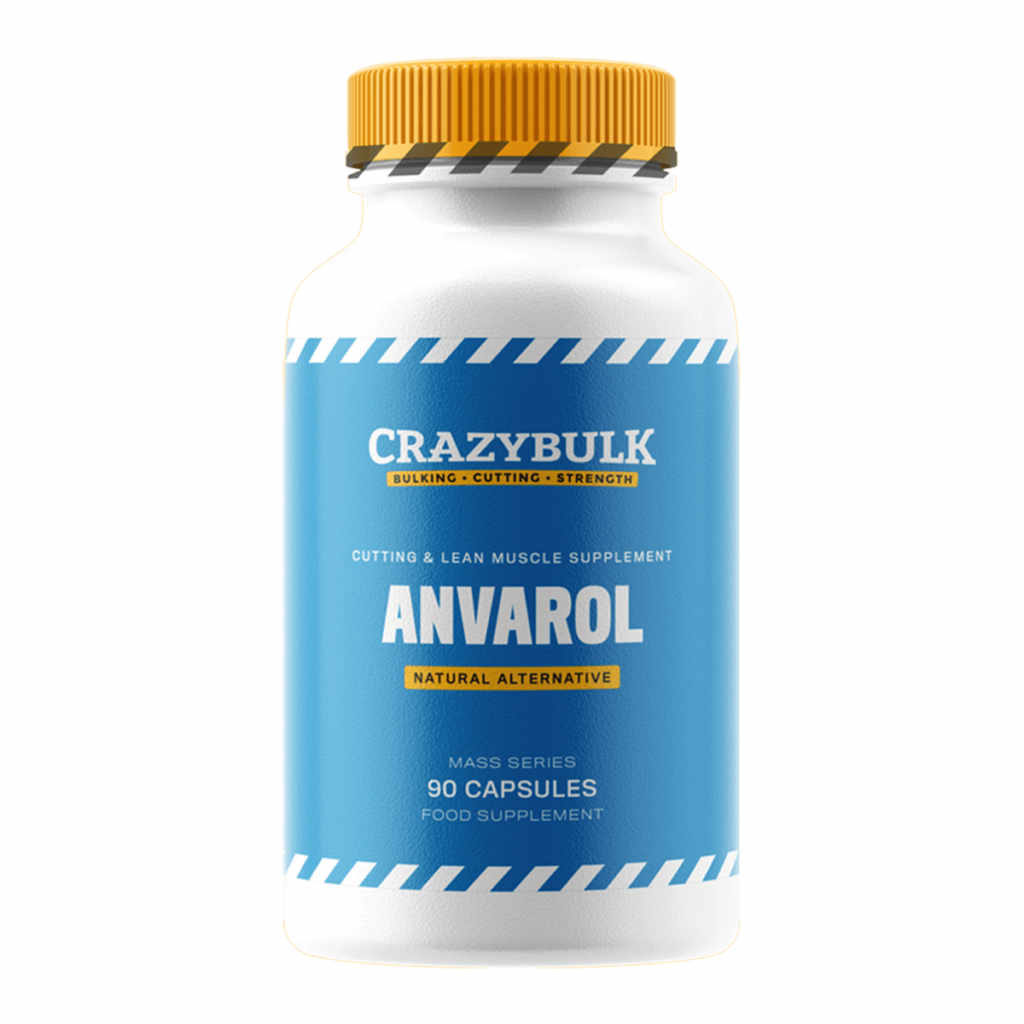 Anvarol Before and After #4 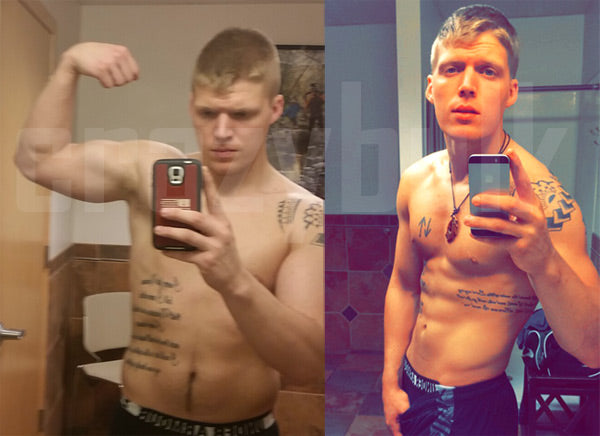 William reduced his waist by 5cm, significantly increasing the definition of his midsection.

HGH-x2 is another powerful fat-burning compound that complements Anvarol’s effects when cutting, due to its lipolytic properties.

Anavar Before and After Pictures

For comparison’s sake, below are some before and after pictures of people who have taken real Anavar. 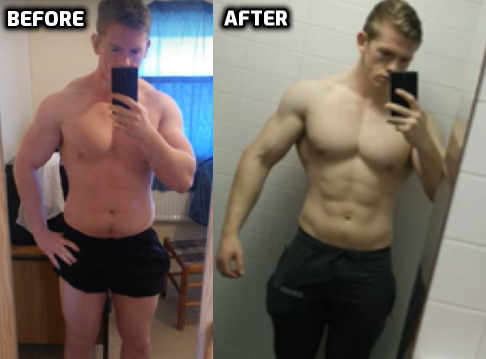 The above user had already taken anabolic steroids before, thus his muscle gains weren’t dramatic. However, notable fat loss and improvements in muscle definition are evident — as well as fuller and more pumped muscles.

This woman took 10mg/day of Anavar for 5 weeks, resulting in a 4% reduction in body fat; whilst gaining 2kg in weight. Once accounting for the fat loss, she is estimated to have gained around 5kg in lean muscle.

In terms of effectiveness, it is fair to assume that Anvarol won’t be as powerful as Anavar; considering it isn’t exogenous testosterone. However, the before and after photos are actually comparable to Anavar — demonstrating similar amounts of fat loss and muscle gain.

Anvarol is FDA-approved and safe for men and women to take all year-round, as it doesn’t damage the HPTA (hypothalamic pituitary testicular axis) and suppress natural testosterone levels.

Anavar however does need to be cycled, with users experiencing low testosterone post-cycle, which typically takes several weeks to recover.

Thus, even if Anvarol is slightly less effective than Anavar because it is safer and can be cycled for longer periods without having to come off — the end result may indeed be the same.

Anavar is FDA-approved for medicinal purposes, but it is illegal to purchase for cosmetic purposes (without a prescription from a doctor). Anvarol is 100% legal.

Anvarol is not hepatotoxic and does not affect cholesterol levels, thus there is no risk of this compound causing high blood pressure or liver damage. Anavar however can cause both of these side effects, increasing the risk of myocardial infarction and hepatic injury.

Anvarol can be safely stacked with other steroid alternatives from Crazy Bulk to enhance results, without any side effects.

Anavar too can be stacked with other anabolic steroids; however, doing so will exacerbate side effects — resulting in additional toxicity.

Anvarol is more affordable, retailing at $54.99 for 1 month’s worth of dosing. This also can work out cheaper, if someone orders 3 bottles and thus gets the third one free.

In comparison, Anavar is very expensive on the black market typically costing a few hundred dollars (at least) to run a 6-week cycle.

Users will most likely need to work harder on Anvarol, in regards to the consistency of their diet and intensity of their workouts — in order to match the results of Anavar.

Also, Anvarol users may not experience the same degree of muscle fullness or huge pumps as Anavar, with the latter having superior glycogen-storing properties.