Our abdominal muscles are stimulated constantly throughout the day — contracting each time we cough, walk up the stairs, bend down to pick something up or turn to move in a different direction.

Our abdominals work as stabilizer muscles, thus without sufficient strength in this region, we’d lose our balance and topple over.

Due to the abdominals constantly working throughout the day, this places an even greater need to prioritize abdominal training with intense and frequent workouts; via the concept of overload.

This is not only to increase abdominal hypertrophy, and thus visibility; but also to develop a strong core that enhances functional strength.

Below are 10 abdominal exercises we recommend for shocking your core, so that even if Dennis Chan dropped a coconut on your abs from a distant tree top, you’ll remain at least semi-conscious. 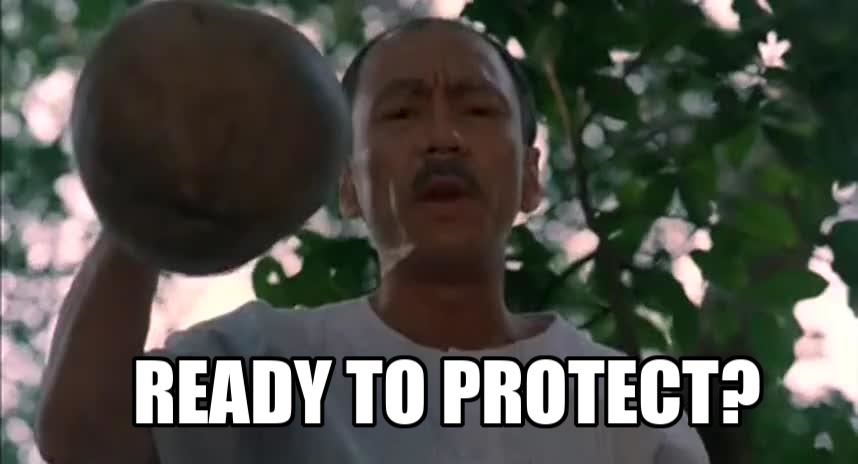 Found in most gyms, the roman chair is a great piece of equipment for training the hip flexors and abdominals.

Like the free hanging version of the leg raise, the first half of the movement, where the athlete brings their legs up to parallel, is dominated by the hip flexor muscles.

As the thighs travel past parallel, and the pelvic flexes towards the ribcage, the abdominals are strongly active.

Many people mistake the fatigue of the hip flexors as that of the lower abdominal muscles, hence why it is widely stated that the roman chair leg raise is a lower abdominal exercise, and wrongly advised to only take the thighs up to parallel with the ground.

The exercise can be made harder by keeping the legs extended throughout the leg raise.

The abdominal crunch is one of the most popular abdominal exercises, targeting the rectus abdominis, in conjunction with the oblique muscles, which are located at each side of the abdomen. The crunch has a significantly smaller range of motion compared to a classic sit-up. The abdominals are responsible for the flexion of the lumber and thus are isolated during each crunch, whereas sit-ups involve the hip flexor muscles to a great degree which somewhat inhibits abdominal stimulus.

For those looking to reduce fat around the stomach and hips, the crunch is a great exercise for developing the abdominal muscles, but will not lead to specific fat reduction from the region. Instead, the best approach is to follow a training program and diet which will lead to overall fat loss. You will notice the development of the abdominals to a much greater degree once fat levels decline, leaving you with a much firmer and defined midsection.

The stability ball crunch is an abdominal crunch variation, which when performed correctly can provide greater stimulus to the abdominals, compared to the traditional crunch.

The key to the ball crunch is to position the ball so that it supports the lower region of the back, allowing the torso to extend down the contour of the ball prior to flexing the torso upward to perform the crunch.

Attention should be given to the size of the stability ball used. Some gym-goers may find the exercise uncomfortable, specifically to the lower back, and may find a smaller ball more suitable due to allowing greater bend in the hip joint.

As with all core exercises, an important point to remember is the myth that surrounds localized fat loss. Abdominal crunches are great for developing the muscles of the abdominals, but they are not going to reduce specific fat levels of the stomach and hips. Instead, an exercise program and diet which promotes overall fat loss should be followed, with exercises such as the ball crunch providing stimulus for the development of the abdominals which will be more notable with overall lower body fat levels.

The v-up is a fairly advanced abdominal exercise, which involves the simultaneous flexion of the hip and spine to target the rectus abdominis (a.k.a. the “six-pack”), obliques, and the hip flexors. The exercise requires some level of abdominal strength, so it may not be a suitable choice for a beginner who will likely find the traditional crunch a better starting exercise.

The kneeling cable crunch is a relatively advanced abdominal exercise which allows athletes to add greater resistance to the crunch than just their own bodyweight.

Is it the ability to add greater resistance which makes it a great choice for athletes who wish to develop strength and power by using heavier loads and lower repetitions, which is harder to accomplish with the traditional crunch. It is also popular among bodybuilders who can increase the resistance to work within a repetition range which is more effective for muscle hypertrophy (growth), instead of endless repetitions with their own bodyweight.

The lying hip raise is considered an abdominal exercise, yet primarily recruits the hip flexor muscles during the majority of the movement as the legs are lifted off the ground via flexion of the hip.

Whilst many athletes only perform the leg raise until the legs are perpendicular to the ground, the exercise can incorporate the abdominals to a much greater degree by lifting the glutes and tilting the hips towards the shoulders at the top of the exercise, as seen with a lying hip thrust. This additional component to the exercise will recruit the rectus abdominis as the pelvis flexes towards the ribcage.

The dumbbell side bend adds resistance to the lateral flexion of the spine, and therefore is a good exercise for targeting the obliques (the muscles that create an inwards ‘v’ on each side of the abdomen).

It is important to only move through the lateral plane, not allowing the torso to flex forward or extend backward. The hips should remain stationary throughout.

As stated, the side bend is good for the development of the obliques, but it will not lead to localized fat loss from the waist like some believe. If you wish to reduce fat levels around your waist then a training program and diet suited to overall fat loss should be followed (calorie deficit). The combination of fat loss and muscle hypertrophy (size) will lead to a more defined appearance.

Primarily targeting the rectus abdominis, but also recruiting the obliques, the seated machine crunch is perfect for those who wish to add greater resistance to the crunch exercise.

Similar to the kneeling cable crunch which also allows for the addition of resistance, the machine crunch is ideal for athletes who wish to work with high loads and lower repetitions than the bodyweight crunch variations allow.

This is particular useful for strength and power athletes who traditionally work within a low repetition range. Additionally, bodybuilders and gym-goers who wish to primarily focus on the muscular development of their abdomens will find the machine crunch great for working within a repetition range suited for muscle hypertrophy (growth) – typically being around ten to fifteen repetitions per set.

The hanging leg raise is commonly mistaken as primarily a lower abdominal exercise, probably due to the fatigue noticed in the hip flexor muscles by athletes. During the initial portion of the exercise, as the thighs are brought up to parallel with the ground, the hip flexors are highly active. As the thighs go past parallel, and the athlete begins to flex his/her pelvis towards their ribcage, the abdominals are strongly recruited, with the hip flexors taking a backseat.

The easiest way to perform the leg raise is with the legs bent, but the exercise can be made harder by keeping the legs extended throughout the raise. Another twist on the exercise is to drastically reduce the range of motion, turning it into a hanging hip raise. This entails not letting your thighs go below parallel to the ground, therefore cutting out the initial leg raise portion of the exercise where the hip flexors are the primary recruiter. This places greater tension on the abdominals.

Recruiting the obliques via lateral flexion of the spine as the athlete raises their hips off the ground, the side bridge is commonly performed as an isometric exercise, with the athlete holding the position for a desired amount of time. The abdominals are also recruited in this isometric manner, as they contract to help stabilize the trunk.

For those unfamiliar with the term “isometric exercise”, it is an exercise in which the target muscles contract to hold the position, and therefore do not shorten or lengthen like with dynamic exercises.

The isometric development of the obliques and rectus abdominis is an effective way of preventing back injury.