The general population is aware of the risks that anabolic steroids pose, with the media regularly reporting horror stories of men and women abusing PEDs.

Despite widespread connotations linking AAS (anabolic-androgenic steroids) to serious illness or death, up to 1 million Brits still take them for cosmetic purposes (1).

Thus, the question beckons: why do so many men and women still take anabolic steroids? And why are they so commonly prescribed as medicine? Find out everything you need to know below.

Steroids’ anabolism is rooted in their ability to dramatically increase protein synthesis and nitrogen retention inside the muscle cells.

After it became well-known about steroids’ remarkable effects in medicine, bodybuilders soon began utilizing them to enhance their body composition.

Regular steroid cycles can comfortably produce 50+ pounds of lean muscle tissue in users, when taken in bodybuilding dosages (rather than therapeutic ones).

Bodybuilders have essentially taken advantage of this medicinal aid for cosmetic purposes, which is the difference between legal and illegal use of these drugs.

As bodybuilders are no longer allowed to use steroids for muscle-building purposes, they instead buy them on the black market.

Highly androgenic steroids (such as Trenbolone and Testosterone) will have more pronounced fat-burning properties, due to androgen receptors having a more potent effect on the reduction of adipose tissue.

Anabolic steroids typically burn subcutaneous fat, whilst increasing visceral fat. Subcutaneous is the fat you can see externally, whilst visceral is fat that surrounds your abdominal organs. Thus, a bodybuilder with low levels of subcutaneous fat and high visceral fat can still have a bloated or protruding midsection (known as a ‘steroid gut’).

However, Anavar is the exception to this rule, promoting decreases in visceral and subcutaneous fat stores; enabling users to maintain a tiny waist. Anavar is also more adept at burning more fat stores, compared to other AAS, due to its stimulating effect on T3 levels — a hormone that has remarkable effects on metabolism, thermogenesis and lipolysis.

This is due to:

It is common for a natural bodybuilder to hit a strength plateau, but then add 50lbs to compound lifts from a first steroid cycle.

Elite powerlifters and strongmen also will take powerful AAS to maximize their muscular power. Some of the most potent anabolic steroids for strength are Anadrol, Superdrol, Trenbolone, Dianabol and Testosterone.

For bodybuilders prioritizing muscle gains over strength, it may be beneficial to refrain from lifting as heavy as possible when taking potent steroids. This is because rapid gains in strength can increase the risk of injury, with the muscles and ligaments not used to sudden weight gain and heavier poundages.

Consequently, bodybuilders can experience torn muscles or hernias, potentially requiring surgery. Increasing the weight slowly during each session will greatly reduce the risk of injury, giving more time for the body to adapt to rapid physiological changes.

Bodybuilders from the golden era particularly used this to their advantage, training for several hours each day, producing substantial muscle hypertrophy (size).

Steroids aid recovery due to their stimulation of IGF-1 levels, a potent wound-healing agent (2).

Anabolic steroids are illegal to use for cosmetic purposes (in most countries including the US and UK), however several are FDA-approved on a prescription basis.

Thus, compounds like Testosterone, Anavar and Deca Durabolin are prescribed by doctors for osteoporosis, cachexia and hypogonadism.

This indicates that there is an element of safety when using such compounds, with clinical trials showing minimal side effects when used in therapeutic dosages.

However, that is not to say all anabolic steroids are safe; especially when bought illegally on the black market where products are commonly counterfeited. Bodybuilders also abuse steroids, taking excessive dosages and without the supervision of a doctor.

All anabolic steroids have the ability to increase muscular endurance, due to increased red blood cell production.

The best anabolic steroids for endurance are typically compounds that don’t have a devastating effect on cholesterol, minimizing cardiovascular strain. Also, they do not cause notable amounts of water accumulation, decreasing excess weight gain and maintaining optimal blood viscosity.

Examples of steroids commonly used by athletes for optimal endurance are:

Several MMA fighters, sprinters, baseball players, Olympic athletes (and others) have been found with the above substances in their system.

Anabolic steroids can be addictive for many users and it’s not just because of their physiological benefits.

Testosterone has a profound effect on well-being, with high levels increasing dopamine levels (a neurotransmitter that makes you feel happy).

Such physiological changes in hormones and brain chemistry may also increase the chances of a male getting a girlfriend. However, the longevity of such relationships may also depend on her view on steroids.

This enhanced alpha male benefit may be short-lived, with steroids having a transient effect on testosterone levels; spiking them initially, but lowering endogenous levels post-cycle.

Many anabolic steroids are reasonably priced and affordable for most people. This makes them particularly tempting to someone who already spends a notable amount on natural supplements, such as protein powder, BCAAs, pre-workout, etc.

Unless someone wants to regularly take costly compounds, such as HGH, Anavar, Primobolan or Testosterone Undecanoate; steroids are unlikely to cause a dent in a user’s bank account. Especially if taking sufficient time off in between cycles and not taking mega dosages. 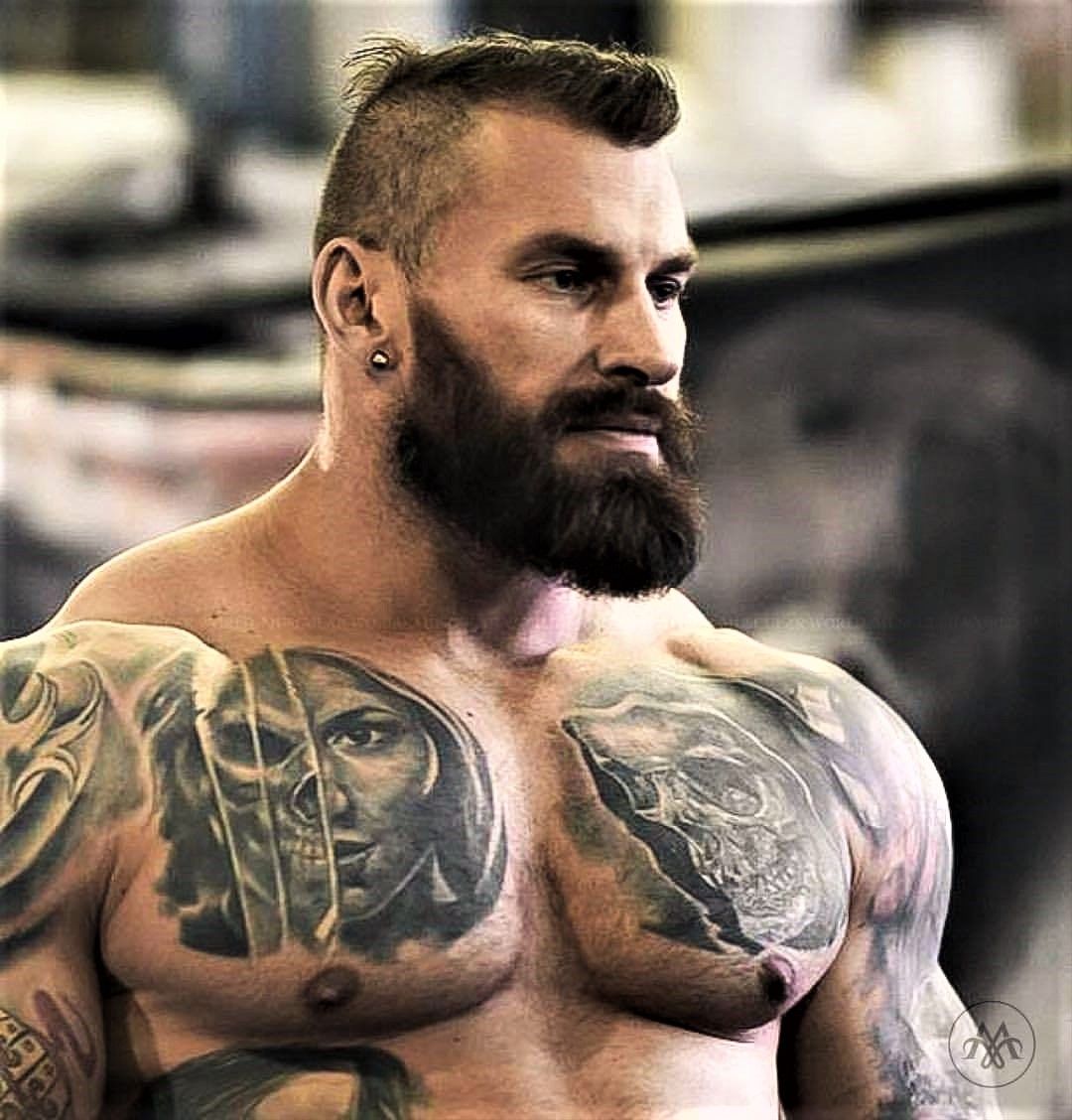 One lesser-known benefit of anabolic steroids is beard growth. Androgenic steroids have high levels of the 5a-reductase enzyme present, which is responsible for converting testosterone into DHT (dihydrotestosterone).

This can lead to thinning of the hair (or loss of) on the scalp, but growth on other areas of the body.

Thus, it is common for steroid users to experience fuller and thicker beards from higher levels of DHT.

This hormonal effect is why many men with full beards are also stereotypically bald (due to DHT dominance). The reverse is also true, being that men with thick hair often struggle to grow well-formed beards.

Thus, it is possible that clarity of thinking, intelligence and memory can be positively impacted by anabolic steroids (at least in the short term).

However, if high dosages of steroids are used over the long term, users may experience decreased cognitive performance, particularly in relation to visuospatial memory (4).

As a result of such research, there are now links associating aggressive anabolic steroid use with dementia. 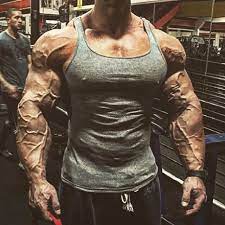 Having visible veins is desirable for many bodybuilders, creating a more ripped and impressive physique.

Anabolic steroids increase vascularity in various of the following ways.

AAS decrease collagen production, causing the skin to become thinner. Consequently, there is less epidermis covering the veins, enabling them to be positioned closer to the surface of the skin.

This is also why older bodybuilders are typically more vascular because collagen synthesis naturally declines as a person ages.

Anabolic steroids also enhance vascularity due to a reduction in subcutaneous fat, which is arguably the main culprit for why so many bodybuilders fail to see their veins (particularly in the off-season).

Certain steroids can act as diuretics too, excreting extracellular water that collects around the outside of the muscle cell. Such fluid can obscure muscle definition and vascularity, thus by flushing this out, the muscles can look more dry and vascular. Such steroids with diuretic effects are Anavar, Winstrol and Trenbolone.

Steroids will increase masculine facial features, such as strengthening the jawline and the eyes becoming more angular.

HGH may further increase jaw size via acromegaly; whilst also increasing the size of the skull, feet, nose and hands.

Such effects however may be disadvantageous among female steroid-users, wanting to retain feminine features.

Some anabolic steroids have diuretic effects due to a lack of aromatase activity (conversion of testosterone into estrogen). This can lead to a dry physique, with more visible muscle striations and definition.

This is particularly common in cutting steroids, leading to a ripped appearance in users who are already lean.

Low levels of water are particularly useful when preparing for a show, with bodybuilders using steroids such as Proviron, Trenbolone, Anavar and Winstrol to flush out as much fluid as possible.

Other steroids with high aromatase activity can cause fluid retention, leading to bloating and giving a smooth look to the muscles. Dianabol and Anadrol are two examples of such ‘wet’ compounds.

Steroid users often report extreme pumps in the gym when working out, with Arnold Schwarzenegger’s famous scene in Pumping Iron coming to mind.

Steroid pumps can even be painful, particularly in the latissimus dorsi (back) region when deadlifting. It can be so unbearable that some users even have to cut their workouts short.

However, steroid-users can also maintain a noticeable pump outside of the gym too, due to higher levels of blood volume, glycogen and intracellular water inside the muscle cell.

There is a common notion in bodybuilding that when a person comes off steroids and trains naturally, they will lose their gains.

However, research suggests that anabolic steroids have a permanent effect on muscle nuclei (5), meaning past steroid users may be able to retain their size, when training later as a natural.

Thus, the common deflation that people observe in past steroid users is often due to a lack of weight training, rather than the absence of AAS.

Lee Priest, former Mr. Olympia pro, is a good example of a bodybuilder retaining their muscle mass, despite not currently using anabolic steroids. However, Lee has continued to train regularly as he’s aged, thus taking advantage of the additional muscle nuclei he accumulated from exogenous steroid use. 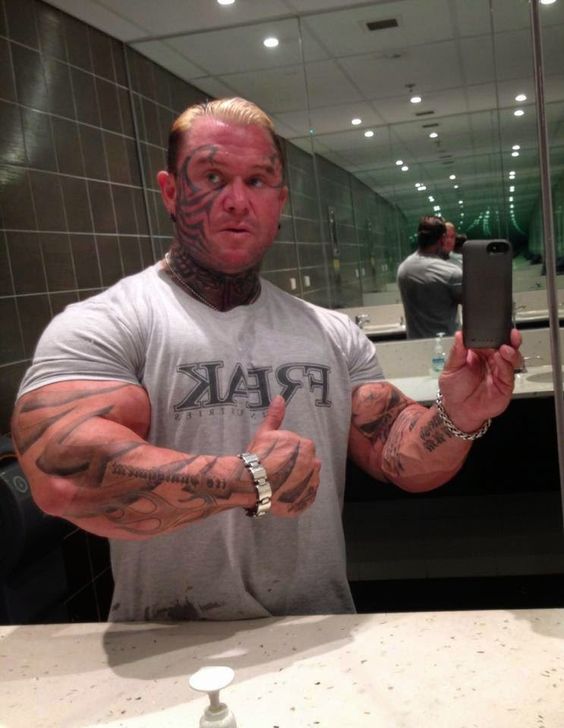 This will often depend on the individual. For example, if someone was genetically susceptible to heart or liver disease, taking anabolic steroids long-term would be a high risk.

Also, different steroids have different reward/risk ratios, thus one steroid such as Anadrol may be high risk in regards to side effects. However, more mild compounds (such as Anavar), pose fewer safety concerns.

It can also depend on the individual, as someone may happily accept a 15 year shorter lifespan, in order to win the Mr. Olympia competition. To them, that benefit outweighs the implications that AAS can cause later down the line.

What Are the Side Effects of Steroids?

This is compound-dependent; however, the main side effects of steroids are:

These side effects are not relevant to all anabolic steroids, or all users, as genetics will often dictate side effects (and severity). High dosages and excessive cycles will exacerbate any adverse reactions.

The benefits of anabolic steroids are undoubtedly impressive, in relation to body composition and mental well-being. However, it is important to note that such positive effects are often short-lived, with an opposite effect occurring post-cycle.

Our readers should also be aware of the potential dangers of taking steroids, especially when not under the supervision of a medical doctor (and utilizing underground lab products).