Who among us has not watched Pumping Iron? Released in 1977, this docudrama is viewed by many as the most iconic bodybuilding movie of all time.

It proved crucial in propelling bodybuilding into the mainstream of American society, whilst also making a clear movie star out of Arnold Schwarzenegger and, most important of all, provided motivation for hundreds of thousands of later gym goers.

Pumping Iron tells the story of the 1975 IFBB Mr. Olympia and Mr. Universe shows in South Africa. More than that, the documentary showcases the rivalry between the Champion Arnold Schwarzenegger, versus the newcomer Lou Ferrigno.

Incredibly, Pumping iron was shot just over one hundred days — yet the movie speaks to the viewer on many levels (beyond bodybuilding).

Arnold, then a five time Mr. Olympia winner, speaks with supreme confidence giving insight into his winning mentality. Lou Ferrigno’s vulnerability speaks to all of our childhood insecurities, while Mike Katz plays the role of the quiet teacher with a heroic spirit. This was a character driven documentary and, true to form, those characters were larger than life. This explains, in part, just why the docudrama proved so popular with such iconic figures showcased from the Golden Era.

What was Pumping Iron about and what made it so special? To answer that question we need to delve into the state of bodybuilding both before and after the movie’s release.

Pumping Iron was released in 1977. It was finished in 1975. For two years the men responsible for its creation (George Butler, Charles Gaines, Robert Fiore and Jerome Gary) tried to fundraise enough money to complete the documentary and secure a popular release. The reasons why they found it so difficult spoke to the broader landscape of bodybuilding at that time. 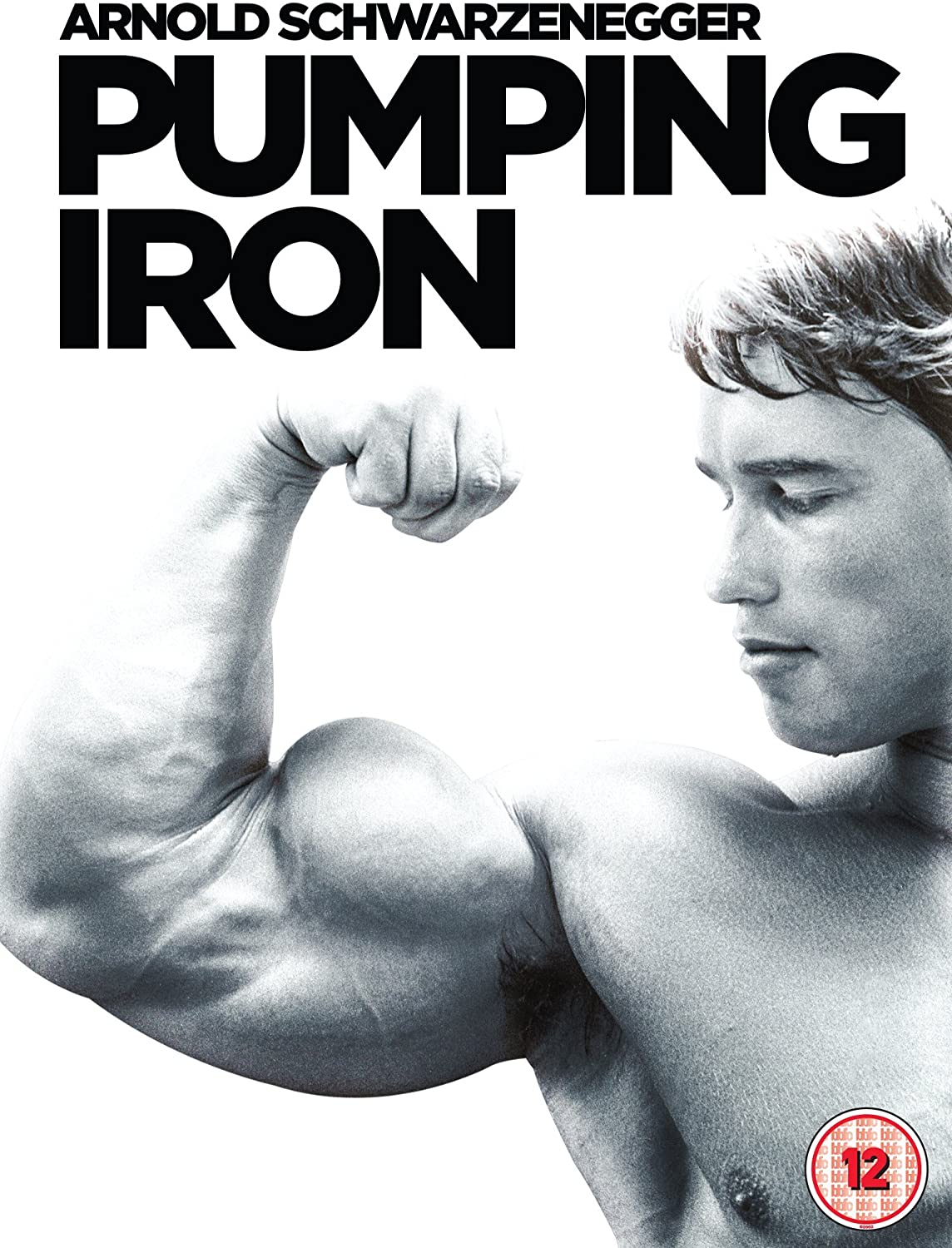 America was becoming more and more health focused, but this focus was geared towards general health — rather than bodybuilding. Even those familiar with bodybuilding viewed it as something different than wanting to lose weight and be healthy.

Furthermore, many believed bodybuilding was a deviant behaviour. Although American society was beginning to change, homosexuality and same-sex desire was still stigmatized in many states. Many individuals viewed bodybuilding as a homosexual and, in their eyes, deviant practice.

So on the one hand, bodybuilding was viewed suspiciously by many in America during this time. And yet, remarkably, weight training was beginning to rise in popularity.

Strength Coaching in America, a wonderful and recent book by Jan Todd, Terry Todd and Jason Shurley (below) demonstrates the slow growth of weight training during this period. 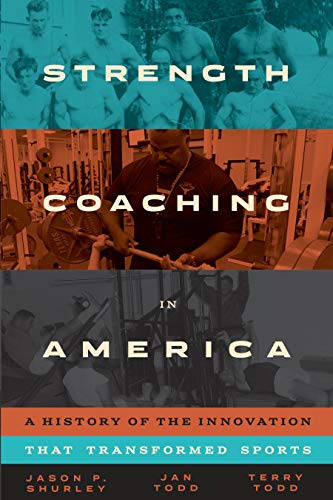 From the 1950s onward, more and more Americans (especially young men), were beginning to experiment with barbells. A tension existed then between the sport of bodybuilding and what went on in the gym.

Furthermore bodybuilding itself was in a state of flux. In 1965, Joe and Ben Weider launched the Mr. Olympia competition. Done in opposition to the Mr. America contest, run by the Amateur Athletic Union, the Olympia marked the true beginning of the Weider empire — but success was not guaranteed.

The creation of more competitions proved that more people were coming to the sport and piquing curiosity; yet was still viewed suspiciously.

In 1972, writer Charles Gaines and photographer George Butler were commissioned by Sports Illustrated to write an article on that year’s Mr. East Coast bodybuilding show. To say the two men quickly fell in love with the sport is an understatement. Halfway through the article, Gaines conceded that:

‘Bodybuilding as a competitive sport never has had the national sanction or interest that its participants think it deserves. To most Americans, it just seems so weird, all those huge people, who seem to resemble ordinary men the way a tattoo does a birthmark, posing and flexing up there in those little skimpy shorts.’

Despite these misconceptions, Gaines argued that bodybuilding was a beautiful, serious and impressive sport. He was hooked. So too was Butler. In 1974, the men published a book titled: Pumping Iron: the Art and Sport of Bodybuilding, focusing on the 1972 Mr. Universe in Baghdad and the 1973 Mr. Olympia in Brooklyn. 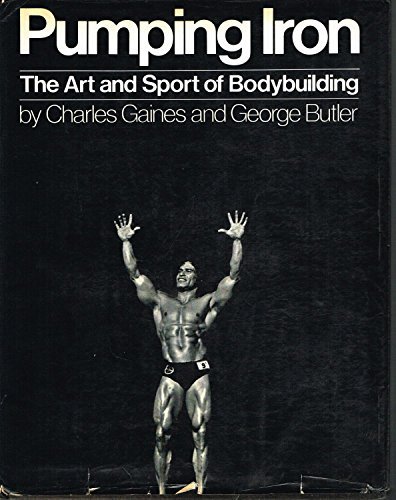 The book sold well. In fact, it sold very well for a sport that few people in the mainstream seemed to care about. This was untapped territory in the media. Gaines and Butler knew it. So, for their next bodybuilding project they decided to do something no one had done before, they were going to make an entire movie about bodybuilding. As you guessed, that movie was Pumping Iron.

To overcome these issues they decided to include a well-known actor Bud Cort, who would train alongside the bodybuilders. Cort, who starred in Harold and Maude would train in Gold’s Gym, marvel at the size of the bodybuilders and, in time, build a little muscle himself. But there was a small problem — it didn’t make for good film. Cort knew it, and so did director George Butler.

Cort’s side story was scrapped, but not all was lost. In training with the Gold’s Gym elite, Cort’s time convinced Butler and Fiore that the bodybuilders didn’t need a movie star. They were enough.

Rather than a training video with Burt Cort, Pumping Iron turned into a docudrama about two of bodybuilding’s biggest competitions, the Mr. Olympia contest and the Mr. Universe. In essence, the movie is defined by two competitions – that between Arnold Schwarzenegger and Lou Ferrigno for the Olympia and Ken Waller and Mike Katz for the Universe.

The first half of the documentary is all about narrative building. Arnold, a five time Mr. Olympia champion, is presented as the dominating veteran who will stop at nothing to win. Viewers are treated to Arnold saying: the pump is better than coming, that he skipped his father’s funeral so he could train and that he previously sabotaged a bodybuilder’s contest by encouraging him to scream while posing.

Ferrigno is presented as the young, and vulnerable, challenger. At the beginning of the project, Butler hoped to turn Ferrigno into a villain character. Ferrigno’s own vignettes, and scenes with his father, disrupted this plan. Speaking on his childhood, and the difficulties he faced growing up with a speech impediment and hearing difficulty, Ferrigno came across innocent. Arnold came across as Machiavellian.

These character contrasts were arguably repeated when featuring the main Mr. Universe contestants Mike Katz and Ken Waller. Like Ferrigno, Katz had a difficult childhood. Bullied for his glasses and his Jewish heritage, Katz first took to football and then bodybuilding, to prove himself.

Waller, on the other hand, is shown laughing and joking with others. At one point he even steals Katz’s lucky shirt before the contest to throw off his opponent. Although it was later revealed that Waller hadn’t stolen Katz’s shirt (the director shot a scene much later suggesting that he did – it was a docudrama after all!) the narratives were clear.

As we move closer to the contests we are introduced to new characters and iconic scenes. We meet Arnold’s training partner Franco Columbu. Although competing in the under 200 lbs Olympia class, Columbu’s strength clearly is a match for his heavier rivals. During the documentary we see Franco blowing up hot water bottles and lifting cars with ease.

Equally iconic are the images of Arnold training with Ed Corney on leg day. The scene, which is shown in many motivation videos, shows Corney and Arnold pushing themselves through a tortuous set. Corney will eventually collapse while Arnold keeps the momentum going.

At this point the documentary moves to Pertoria, South Africa, where the contests are held. We’re treated to last minute mind games between Arnold and Ferrigno, as well as Mike Katz searching frantically for his lucky shirt.

The men go on stage, flex their muscles and return to the dressing rooms confident in themselves. Arnold is declared the winner of his sixth Olympia. Waller wins the Universe.

As some hang their heads in disappointment Arnold smokes a joint and lies on a couch, victorious. For many it was the perfect ending to bodybuilding’s best movie.

After filming wrapped up, the money ran out. For two years the film was in limbo before an amazing fundraising event took place. Butler held a bodybuilding exhibition at the Whitney Museum of American Art in New York.

At the event the bodybuilders posed as living sculptures standing atop rotating platforms. The event helped to raise enough money to complete the film and, more importantly, brought some buzz to a film that many had forgotten about. Thousands clamoured to get in to view the men. It bode well for the documentary.

The initial impact of Pumping Iron cannot be overestimated. Aside from a core group of excited bodybuilders, the movie benefited from some rather unusual promotions. Jackie Kennedy helped promote the documentary to a wider audience, while newspapers and magazines began to comment on a strange but plucky movie with heart.

Arnold was already well known, thanks to his role in Stay Hungry, but his charisma in Pumping Iron shot him into the stratosphere of Hollywood. From there he enjoyed acting gig after acting gig. For bodybuilders, the movie helped to explain their pursuit to others. It even helped to bring more people to the sport.

One of the most important studies conducted on bodybuilders, Little Big Men, hints at the importance Pumping Iron had for the sport. Written by the sociologist Alan Klein, Little Big Men interviews several bodybuilders about their chosen pursuit. A running theme throughout the study is how influential Pumping Iron was. It helped introduce people to the sport, gave them regular motivation and, importantly, provided them with a new language of bodybuilding.

Pumping Iron’s influence was likewise shown in my favorite bodybuilding memoir of all time, Muscle: Confessions of an Unlikely Bodybuilder by Sam Fussell. 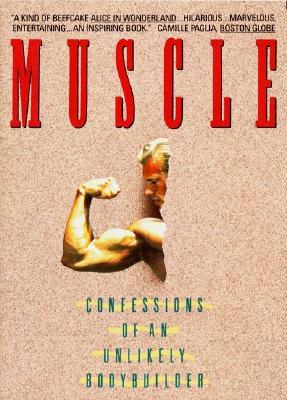 Moving from educated elite to tough bodybuilder, the memoir tracks Fussell’s brief time in amateur bodybuilding. As Fussell explains in the memoir, Pumping Iron was equal parts motivation and instruction for him.

From the 1980s, to really the present day, people have mimicked some of Arnold’s most charismatic sayings and behaviours. Gym floors were filled with mock Austrian accents talking about the ‘pump’ or why ‘milk is for babies.’

More seriously, many took Arnold’s open endorsement of mind games and brought them into local contests and competitions. For better or for worse, Pumping Iron dictated the next decade of bodybuilding culture.

The real importance of Pumping Iron is found in its longevity. Since its release in 1977, Pumping Iron is regarded as the greatest bodybuilding film ever made. It’s sequel, Pumping Iron II: The Women was critically successful but commercially less so.

Similarly a 1988 documentary entitled Battle for Gold failed to carry over into the public sphere in the same way.

Individual training videos from bodybuilders like Dorian Yates or Ronnie Coleman proved popular but not in the same way. They were for the diehard bodybuilders rather than the general public. The closest thing bodybuilding has seen in recent years has been the Generation Iron franchises.