The History of the Jumping Jack

The History of the Jumping Jack

It is not the most glamourous exercise in the gym but it is one that nearly everyone will have done at some point in their lives.

Jumping Jacks, depending on your experience will either bring back fond memories of PE in school, or result in you picturing tired members from your last circuit class.

A question that repeatedly enters peoples’ minds midway through this exercise is who invented this?

Or, why would anyone inflict this on another human being? Well, fear not, the answer lies in the history of the American military and, believe it or not, American television. 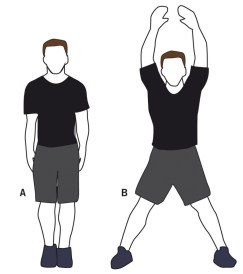 So who invented the Jumping Jack and how did it become so popular?

We have two answers here, the inventor and then the populariser. Let’s begin with who invented this exercise in the first place and the answer seems to be John J. Pershing.

A natural question at this point is…who?

Pershing was one of the US’s greatest military generals, having served in the US Military from 1886 to 1924 and overseeing combat in the Indian, Spanish-American and First World War. Only Pershing and George Washington have served as General of the Armies of the United States, so it’s safe to say Pershing was a decorated leader.

He was also, importantly, quite the fitness fanatic. During the late nineteenth and early twentieth-century, America’s army was just beginning to experiment with the idea of mandatory physical training for troops. The British army begin using weight training equipment for soldiers as early as the 1820s. America had a slower acceptance of exercise.

While formal programs did not come until the 1900s, if not the 1910s, many generals and military thinkers were promoting the use of calisthenics, or body weight exercises, for troops. This was in part influenced by the fact that so many American men at this time were proponents of Turner gymnastics, a form of military gymnastics which emerged in Prussia in the 1820s.

This is all my way of saying that formal exercise was not yet in vogue in the military but the use of calisthenics certainly was. This is the backdrop to the Jumping Jack’s history.

Returning to Pershing, he stumbled across the Jumping Jack during his time as a a cadet at West Point. Already cited as a leader by those at West Point, Pershing was tasked with the job of hazing a fellow student, named Charles D. Rhodes. Seeking a way to punish Rhodes but at the same time make him fitter, Pershing devised the jumping jack.

Frank Everson Vandiver, the American civil war historian, wrote about Pershing’s invention in his biography of the great general

“Worst of all, Pershing invented an almost foolproof method of hazing, and Rhodes suffered directly. The scheme got the name “jumping Jack” for obvious reasons, and few treatments seem to have affected plebes more lastingly. Origins of the technique are obscure, but Pershing’s plan had simplicity and adaptability.

He would line up a group of plebes, order them to count off to identify odds and evens, and when he pulled on an imaginary string, all the odds threw their arms stiffly out at right angles to their bodies; then Jack pulled the string in the opposite direction, and the odds dropped their arms and evens jumped their legs out to make a V. Back and forth went the string, arms flapped, legs splayed, while upperclassmen howled at the marionettes in action.”

Interestingly, if you look at early American training manuals in the military, you’ll find it difficult to see anything about the Jumping Jack. It was an informal exercise and, arguably, a rite of passage for American troops. So that concludes the invention of the Jumping Jack. What about its popularisation?

Who Popularised the Jumping Jack?

None other, than Jack Lalanne. 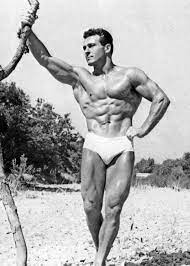 For those unaware of Jack Lalanne, he was one of the most impressive, and popular voices in American fitness during the 1950s, 1960s and 1970s. From 1951 to 1985 Lalanne had a nationwide exercise show in America whose sole purpose was to help Americans get fitter from the comfort of their own home.

It was the equivalent of an online fitness class in a television age. During shows Lalanne would speak about the importance of diet, of a positive mindset and of the need to exercise regularly throughout one’s life.

Importantly, everyone knew Lalanne practiced what he preached. When he was a teen, Lalanne was constantly unwell or sick. His diet was poor, and in Lalanne’s own words, was predicated on eating as much sugar as possible. His life only turned around when his mother brought him to see Paul Bragg lecture about healthy eating.

Himself a lifelong health enthusiastic, Bragg helped Lalanne see the error of his ways. Lalanne stopped eating sugar, centered his life around diet and exercise and, in time, became a fitness icon.

Just to show Lalanne’s influence in the fitness industry. We know he helped invent things like the Smith Machine, he created early prototypes of the leg extension and lat pulldown and, when he adopted a vegetarian diet, he was an early advocate of drinking vegetable juices.

Lalanne lived well – and by that I mean he exercised constantly – into his 90s! The man was a phenom and his popularity from the 1950s to 1980s was undisputed. Turning back to the Jumping Jack, footage from Lalanne’s shows, available on YouTube, shows that he regularly began each show with him performing Jumping Jacks.

By doing this, and also by including Jumping Jacks in his workouts on his show, Lalanne helped to bring the Jumping Jacks from the military barracks to the average American home. You’ll see many people credit Lalanne with inventing this exercise all by himself but the history, as we can see, is a little more complicated than that.

Thus when we talk about the history of the Jumping Jack, we have to distinguish between the inventor and the person who popularised it. Now when it comes time to point the blame at the evil mastermind behind this simple but effective exercise, you have two people to choose from!