Misused or Misunderstood? The History of the Body Mass Index

Misused or Misunderstood? The History of the Body Mass Index

The chances are you’ve encountered the body mass index (‘BMI’) metric at some point in your life.

This measurement has become increasingly common as a health indicator, and as we’re increasingly warned about the obesity epidemic sweeping parts of the world, it’s nigh on impossible to ignore the statistics centring on BMI.

So what is the BMI? When was it invented and what exactly does it measure?

The Body Mass Index for Dummies

Put simply, the BMI is a measure of body fat based on height and weight that applies to men, women and children. It’s advantage is that it’s a quick and easy way of determining a person’s health and is understandable for both doctors and their patients. Heck, you can even measure it yourself. Once you’ve been given your BMI you compare your score to the chart shown above and hey presto you find out whether you’re underweight, normal, overweight or obese.

This isn’t without its difficulties as many people have rallied against the undeserved air of authority given to the BMI chart by the media and certain health groups.

A point of contention for many people is the fact that it completely ignores a person’s body fat percentage, which is arguably a more important health indicator. After all, many pro athletes fall under the obese category in the BMI chart, many ‘normal’ people are in fact unhealthy and many overweight people healthy. 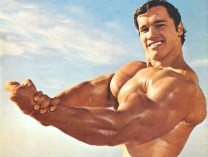 Does this man look obese?

This begs the question, how did we end up using this measurement in the first place?

The Birth of the BMI

In the 19th century, Adolphe Quetelet, one of the century’s most influential statisticians, sought to define a normal man.

This was no mean feat as Quetelet wanted to know everything from the average arm strength to the average age of marriage. Hoping to branch a new means of science called ‘social physics’, Quetelet eventually ‘discovered’ the Body Mass Index.

Using data from several hundred of his Belgian compatriots, Quetelet noticed that his countrymen’s weight varied in proportion to the square of height, rather than weight being in direct proportion to height as had been previously assumed. This meant that the previous assumption that people 10% taller than average were 10% heavier was replaced with the assumption that people 10 percent taller than average tended to be about 21 percent heavier.

In 1832, he went public with his results in the Proceedings of the Academy of Sciences. His article, entitled ‘Recherches sur le poids de l’homme aux différent âges’ (Research on the weight of man at different ages) was welomed with open arms by his compatriots. So well received were his findings that Quetelet subsequently published a book (A Treatise on Man and the development of his aptitudes) in 1835 on the topic.

In the work, Quetelet was adamant that his observations about weight measurements were correct. Take for example the following extract from Chapter Two

If man increased equally in all dimensions, his weight at different ages would be as the cube of his height. Now, this is not what we really observe. The increase of weight is slower, except during the first year after birth; then the proportion we have just pointed out is pretty regularly observed. But after this period, and until near the age of puberty, weight increases nearly as the square of the height.

The development of weight again becomes very rapid at puberty, and almost stops after the twenty-fifth year. In general, we do not err much when we assume that during development the squares of the weight at different ages are as the fifth powers of the height; which naturally leads to this conclusion, in supporting the specific gravity constant, that the transverse growth of man is less than the vertical.

Even though the ‘Treatise on Man’ was translated into several languages in the 19th century, its influence stayed amongst the medical community only. It wasn’t until the 20th century that the BMI measurement began to infiltrate popular society. 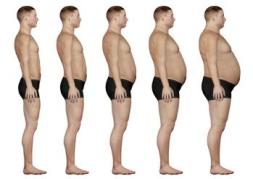 By the early 1900s it was clear that illnesses were in some way linked to excessive body fat, something that greatly interested actuaries who were seeing more and more claims come in for their obese policy holders.

The growing number of claimants led Louis I. Dublin, vice president of the Metropolitan Life Insurance Company and himself a statistician, to search for a means of classifying those at a higher risk. Dublin was the first to lead the development of tables of normal weights, based on the average weights recorded for a given height. Something you’ll no doubt have noted, which is exactly what Quetelet had done about a century earlier.

As Dublin collected more and more data he was faced with a very wide (no pun intended) range of weights for persons of the same sex and height. To help himself sift through all the numbers, Dublin divided the distribution of weight at a given height into thirds, and labelled them ‘small’, ‘medium’ and ‘large’ frames.

The Much Maligned Ancel Keys 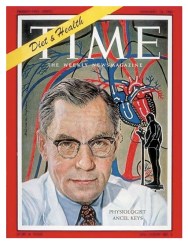 Ancel Keys, the man often accused of leading the anti-fat movements of the 70s and 80s, was also influential in the proliferation of BMI charts amongst doctors. In 1972, physiology he published “Indices of Relative Weight and Obesity,” a landmark study of more than 7,400 men in five countries examining which height-weight formula matched up best with each subject’s body-fat percentage, as measured more directly. Keys was attempting to settle a decade’s long debate amongst the medical community about which formula best measured obesity and life expectancy.

The Body Mass Index differed slightly from the simple categories used by Insurance Companies in that it divided weight by height squared rather than using percentages of bodyweight. The acceptance of the BMI allowed researchers, epidemiologists and doctors to conduct cheap and easy measurements. Interestingly, it was the 1970s that saw the birth of wide-scale health reports thanks to the ease of measuring BMI.

By 1985, the National Institutes of Health in the United States began to define obesity according to BMI numbers. At first, the thresholds for obesity were established at the 85th percentile of BMI for each sex: 27.8 for men and 27.3 for women. Then, in 1998, the NIH changed the rules: They consolidated the threshold for men and women, even though the relationship between BMI and body fat is different for each sex, and added another category, “overweight.” The new cutoffs—25 for overweight, 30 for obesity—were nice, round numbers that could be easily remembered by doctors and patients.

The BMI: Misused or Misunderstood?

Funnily Ancel Keys never wanted BMI to be used as a measurement of obesity with his original paper explicitly warning against the use of the body mass index for individual classifications. Keys knew that a nice simple number like the BMI couldn’t take into account differentials like gender, age, muscle mass, bone density etc. Keys was simple trying to find a means of conducting large scale health studies as accurately as possible. The BMI was a means to an end and not an infallible number.

Sadly it appears that Keys’ pleas may have fallen on deaf ears as everyone from the World Health Organisation to your local doctor uses the BMI as an indicator of health and more importantly as an indicator of obesity. Recent years have seen more and more people lash out against the BMI, labelling it as an antiquated measurement that fails to take body fat into account. It’s hard to disagree with them.

As the world faces an increasingly problematic weight crisis, it’s becoming clear that the BMI needs to be put out to pasture for individual measurements and a new method introduced. Only then can we get a real idea of a person’s health.