Are there any diet pills that work fast without exercise?

Yes and this article is going to be the ultimate guide on how to lose weight — without breaking sweat.

It’s a myth that you need to exercise to lose weight.

Exercise is healthy because it boosts the immune system, whilst increasing blood flow throughout the body. Exercise can also indirectly help you lose weight due to it elevating your metabolism; causing your body to burn more calories throughout the day.

However, exercise isn’t essential to lose weight — because it doesn’t burn fat directly. It merely helps to burn calories. For example, you might do 30 minutes of cardio and burn 500 calories. So, in total your body might naturally burn 2,000 calories throughout the day (including the cardio).

Thus, if you eat 3,000 calories for that day — you will still gain fat (regardless of whether you exercised or not).

This is why there are so many people who go to the gym regularly and still gain weight, because they’re simply overeating via their diet.

In this article, we’ll be listing 3 different diet pills that’ll help you lose weight (without exercise). However, they aren’t magic beans (like most retailers want you to believe), so if you gorge on chocolate and cakes whilst taking these pills, don’t expect much in the way of fat loss.

However, if you eat sensibly in a calorie deficit and take these pills regularly for 4-8 weeks you can expect fast weight loss.

Note: To eat in a calorie deficit means to eat less calories than your body naturally burns each day. You can find out a rough estimate of this number by using a BMR calculator.

If a person does exercise whilst taking these pills, fat loss can be more dramatic due to additional calorie burn (although exercise is not essential). 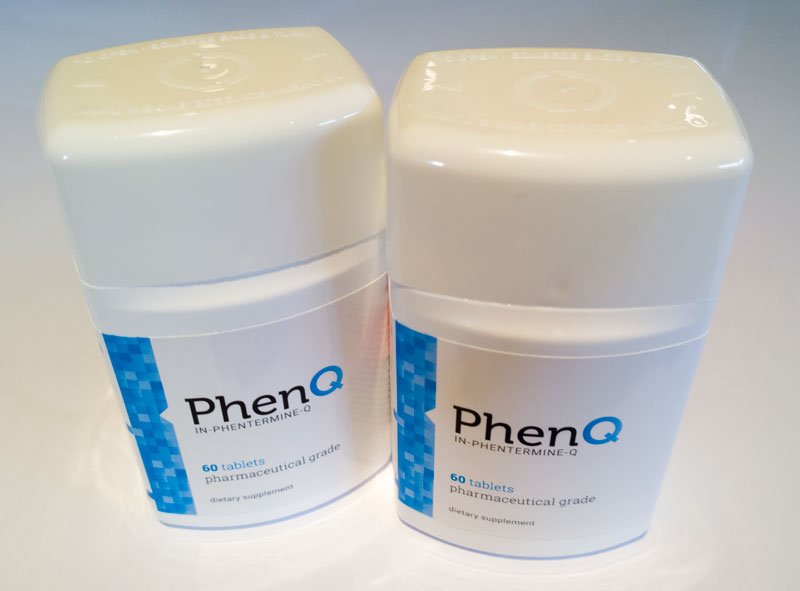 PhenQ is a prescription-free, natural alternative to phentermine.

Interestingly, patients taking phentermine often experience rapid weight loss, despite not being able to exercise (or maintain exercise for a sustained period of time).

Phentermine acts as a stimulant, increasing adrenaline levels and spiking a user’s metabolism. It also stimulates the β-adrenergic receptors, resulting in appetite suppression (1).

However, phentermine is only prescribed to clinically obese people, pushing some people to buy phentermine through the black market (illegally).

Phentermine has proven to be potentially damaging to the heart, spiking blood pressure and increasing the risk of heart disease (in high risk subjects). This is why even in medicine, phentermine’s only utilized for a short period time (a few weeks).

PhenQ is a better alternative to phentermine because it produces little to no side effects, whilst mimicking its fat burning effects.

PhenQ can be safely taken for several months continuously, shifting your body into a sustained fat burning state.

Capsimax powder is a powerful proprietary blend made up of: capsicum, piperine, caffeine and niacin (vitamin B3).

All of these ingredients will raise a person’s metabolism through the process of thermogenesis. This is when the nervous system is stimulated and adrenaline levels increase. This temporarily raises a users heart rate, causing a rise in body temperature.

The body then tries to cool itself down, which uses up energy, helping you to burn more calories at rest. By stimulating themorgenesis like this, it mimics the effects of exercise (without actually going to to the gym).

Chromium picolinate is a mineral naturally occurring in meat, wholegrain and vegetables. It works by curbing a person’s appetite, resulting in them naturally eating less food throughout the day.

This is the perfect ingredient if you are prone to cravings and snacking on junk foods. Suddenly, you will have less desire to do so, greatly assisting your dieting efforts. It does this by stabilizing blood sugar levels, which can also result in more sustained energy throughout the day.

Although chromium can be consumed via your diet, its absorption in the intestines is extremely low (with less than 3% being absorbed). Chromium picolinate in supplement form however has a notably superior absorption rate (2), having a greater positive impact on insulin and curbing appetite.

Nopal is a cactus, regarded as a superfood that’s rich in fibre, enabling users to feel fuller for longer periods of time. This results in less calories being consumed than normal, indirectly aiding fat loss. Nopal will also get rid of water retention, displaying diuretic properties (3). This can help men and women appear even leaner than normal, with water retention often resulting in a puffy or bloated appearance.

L-carnitine is an amino acid that has the ability to burn fat stores, by using them as an energy source. Thus, the theory is — instead of burning glycogen stores for energy, the body will shift and burn fat stores instead when supplementing with l-carnitine. Although more research is needed to confirm the weight loss benefits of this amino acid, one study found that participants who took l-carnitine burned 2.9lbs more fat on average, compared to placebo (4).

The following transformations have been taken from the PhenQ website and social media. 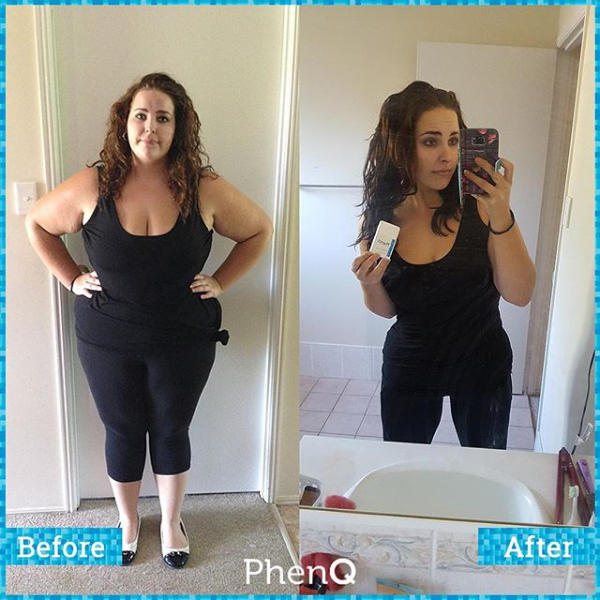 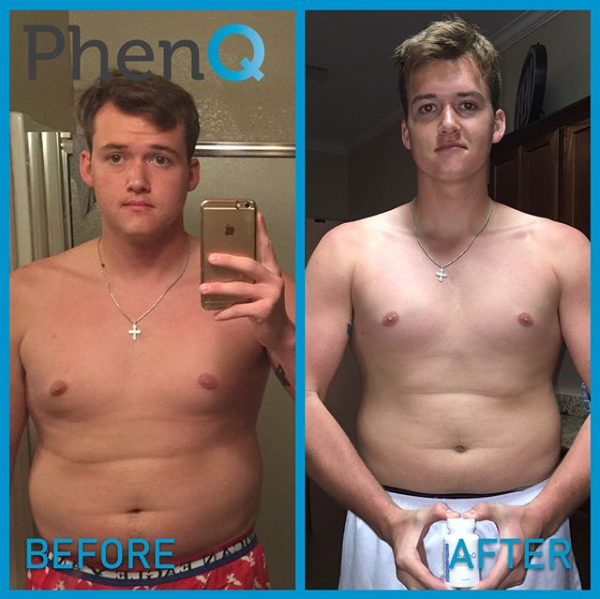 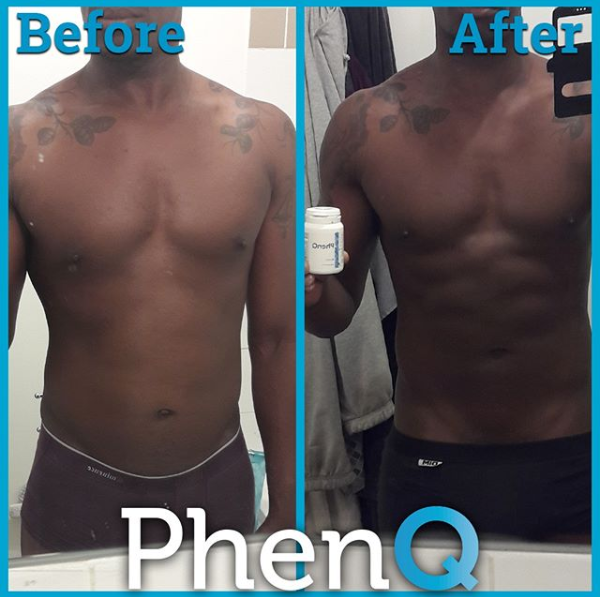 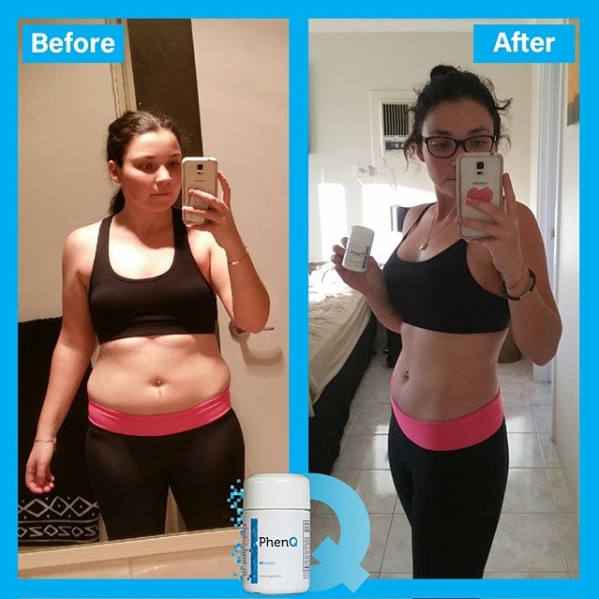 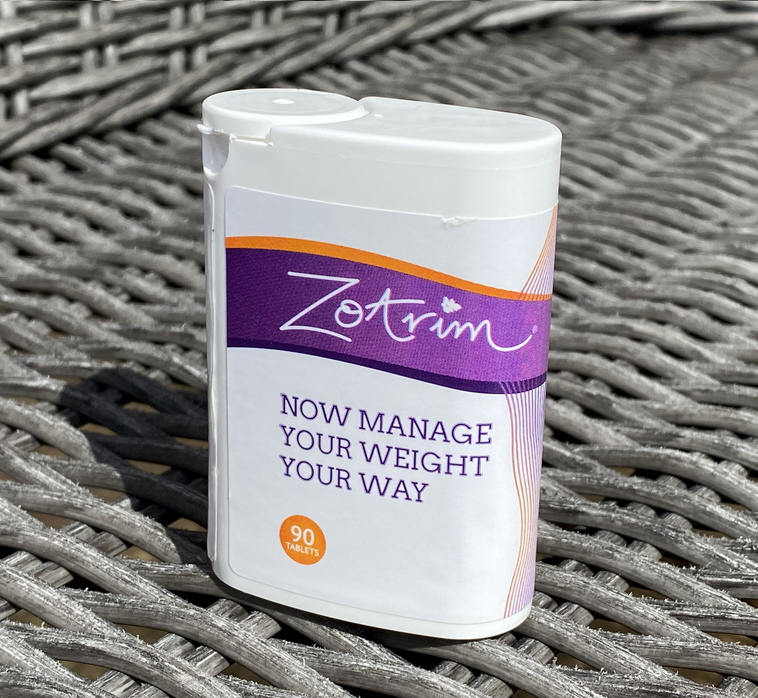 Zotrim is a powerful, patented diet pill that burns fat by suppressing your appetite.

This is perfect for those who don’t want to exercise, as it increases the chances of eating in a calorie deficit — similar to how exercise indirectly works to burn fat.

Zotrim is clinically proven, with several studies being completed on subjects using Zotrim.

Many supplement companies can boast of effective ingredients, but Zotrim can boast that their actual product is clinically effective, thanks to it being used in research.

Zotrim is available to buy online without prescription and their formula is FDA approved, ensuring safety for all users.

A notable study done on Zotrim’s formula (containing Yerbe Maté, Guarana and Damiana) found that those who took the diet pill lost 10x more weight, compared to others taking a placebo pill. The most shocking part about this study was — those who took Zotrim were not exercising or following any diet plan (5).

Some people reading this article want to exercise but they don’t feel motivated, however when taking Zotrim — users find themselves wanting to exercise. This is due to natural stimulants such as guarana, damiana and yerba mate increasing your heart rate and adrenaline. These ingredients can significantly increase your energy levels, focus and motivation. 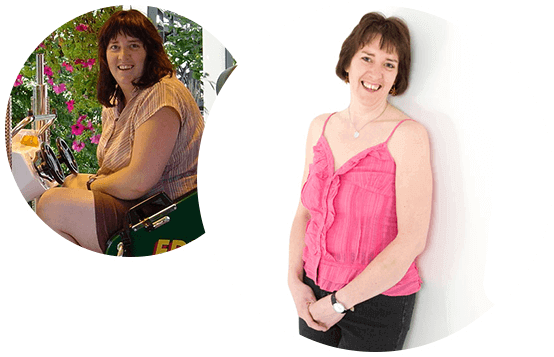 Heidi went from size 24 to 12. She mentions that Zotrim’s effects on decreasing hunger led to her eating smaller portion sizes, helping her to lose weight. 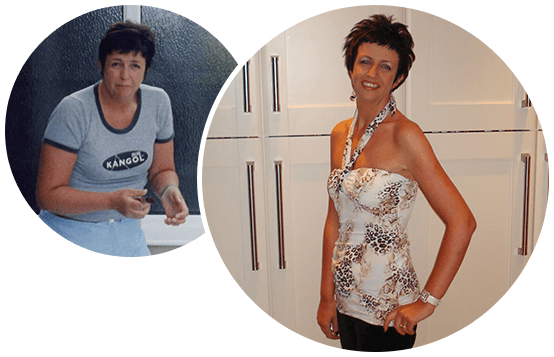 Sharon Briers was a size 16 — now she is a 10. Sharon found that Zotrim stopped her from overeating, helping her to lose weight fast. 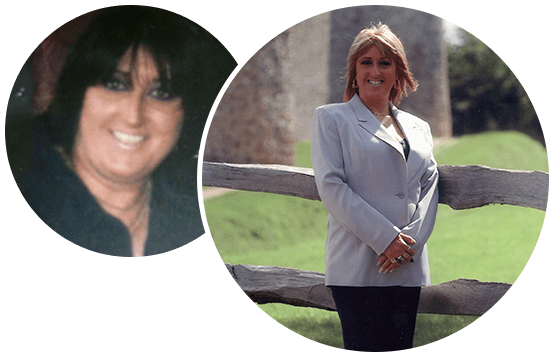 Louise Hilborne used to weigh 90kg, now she wears a size 10. Louise says nothing worked before Zotrim; which had a fast positive impact on her energy levels — motivating her to exercise. 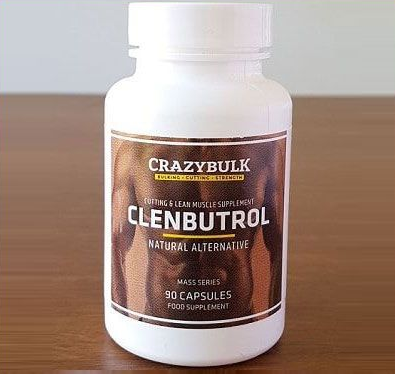 Clenbutrol is a safe and legal alternative to clenbuterol.

Clenbuterol was originally designed to open a person’s airways, being used in medicine for asthma patients. However, its fat burning effects were soon noticed, resulting in people using clen to help them lose weight.

Bodybuilders will often cycle clenbuterol before a show, to help them lose stubborn fat quickly (increasing muscle definition). Male and female celebrities also take this fat burner to help them stay in shape as they get older.

The drawback to illegal clenbuterol is it may be harmful to the heart, with a sharp increase in heart rate. Also a dramatic rise in adrenaline output may worsen blood pressure significantly; making it unsuitable for anyone with a less than stellar heart.

In contrast, legal clenbutrol mimics the stimulative effects of clenbuterol, but without the side effects (being made up of natural ingredients). Because clenbutrol is a safe FDA approved diet pill, it can be taken for much longer then clenbuterol (where cycles are typically kept short to avoid cardiovascular strain).

Guarana extract is a fruit found in the Amazon, which is a natural stimulant due to its naturally high caffeine content. Instead of giving you a racing heartbeat that’ll give you an anxiety attack, it will instead raise adrenaline levels in a steady manner; giving you increased energy (that remains steady throughout the day).

Bitter orange is a citrus fruit that elevates the metabolism through the process of thermogenesis (like guarana). This is cause by the stimulation of the enzyme — enzyme adenylyl cyclase.

Bitter orange is a potent natural fat burner, often likened to ephedra; a powerful fat burning drug that is now illegal due to its negative cardiovascular effects. Bitter orange is FDA approved and considered safe, however if someone is extremely sensitive to stimulants they should monitor any reactions when taking clenbutrol.

Garcinia cambogia was touted as a ‘miracle weight loss pill’ by the popular Dr Oz, and although this is an exaggeration; there is research to suggest garcinia can aid your weight loss efforts.

Garcinia is a fruit that contains large amounts of hydroxycitric acid (HCA) in its peel. Garcinia cambogia supplements usually contain 20-60% of HCA, however it is the top end of this range that has shown to promote the most weight loss (11).

Garcinia works by suppressing your appetite and blocking the production of new fatty acids. In research, there is evidence that it can cause mild weight loss — with one study showing it partcularly effective at reducing belly fat (12).

Niacin, known as vitamin b3, is another worthy addition to the clenbutrol formula. You might be asking how a mere vitamin can cause weight loss? The key is in the dose.

A standard dose of niacin, taken to keep your body topped up with the correct vitamins, will do zero for fat loss. However, when you take a large dose of niacin it can stimulate thermogenesis, boosting your metabolism.

This is why when people take mega doses of niacin they can experience flushing of the skin, which may last for several seconds after taking a pill. This is a sign of your body temperature increasing and thus inducing a greater calorie burn.

Clenbutrol can also be stacked with other powerful fat burners on the Crazy Bulk website, such as: Anvarol, winsol and testo-max. Some of these will also increase muscle definition and size, whereas clenbutrol will strictly burn fat. 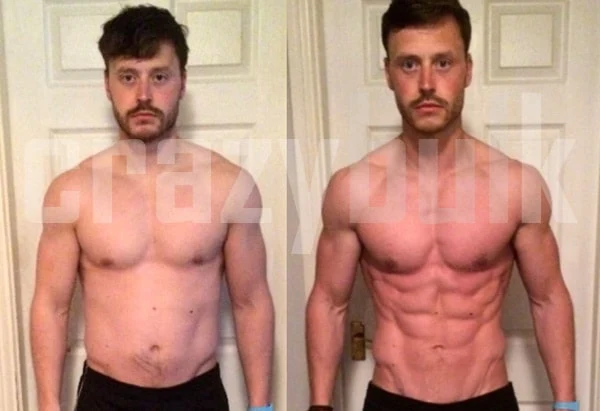 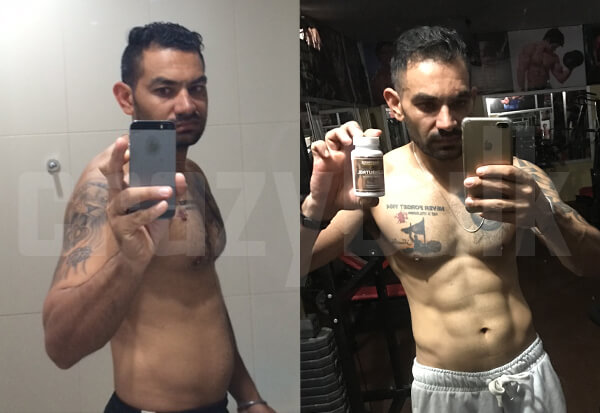 Is there such a thing as diet pills that work fast without exercise?

All three of these products contain effective fat burning ingredients backed by scientific research, and have the power to burn fat in sedentary individuals; or accelerate fat loss in those who do exercise.

To order any of these diet pills (or all of them) simply click on the links in this article which’ll take you directly to the official site. To ensure you are getting a genuine product, only order directly from the merchant — instead of other merchants.