Dianabol Results: With Before and After Pictures

Dianabol Results: With Before and After Pictures

Dianabol (Methandrostenolone) is a bulking steroid used by bodybuilders to significantly increase muscle hypertrophy and strength.

Dianabol is the most popular oral steroid, due to its potent effects on mass gain and Arnold Schwarzenegger popularising its use; with it believed to have sculpted his Mr. Olympia-winning physique of the 70s.

Dianabol is sometimes taken as a first steroid cycle, due to beginners wanting results thick and fast (literally). However, Dianabol is perhaps more suitable for intermediate steroid-users, due to its adverse effects on cholesterol and liver enzymes.

For the best steroids for beginners: read this post.

Dianabol Results: Before and After Pictures 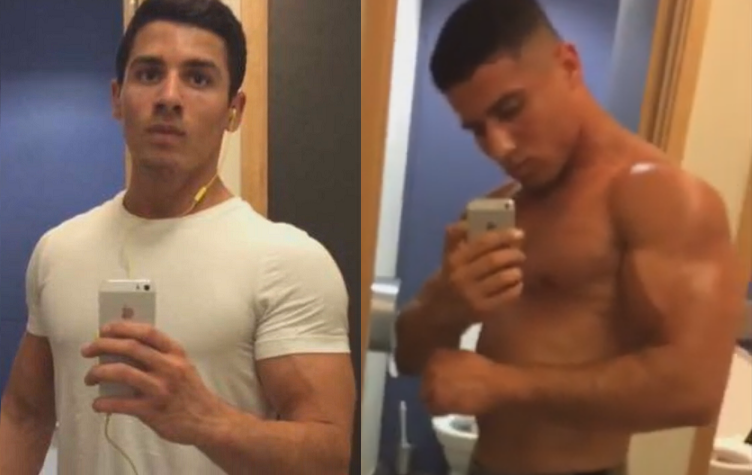 The above user took Dianabol as his first steroid cycle, with his size gains being typical of what a beginner can expect when taking moderate dosages (15mg-20mg/day) for 5-6 weeks.

For intermediate users who have already taken anabolic steroids (such as Testosterone), Dianabol won’t produce as impressive results — with their body already being accustomed to past steroid use. However, notable improvements in muscularity will still occur, with Dianabol generally viewed as a more potent bulking compound compared to Testosterone. 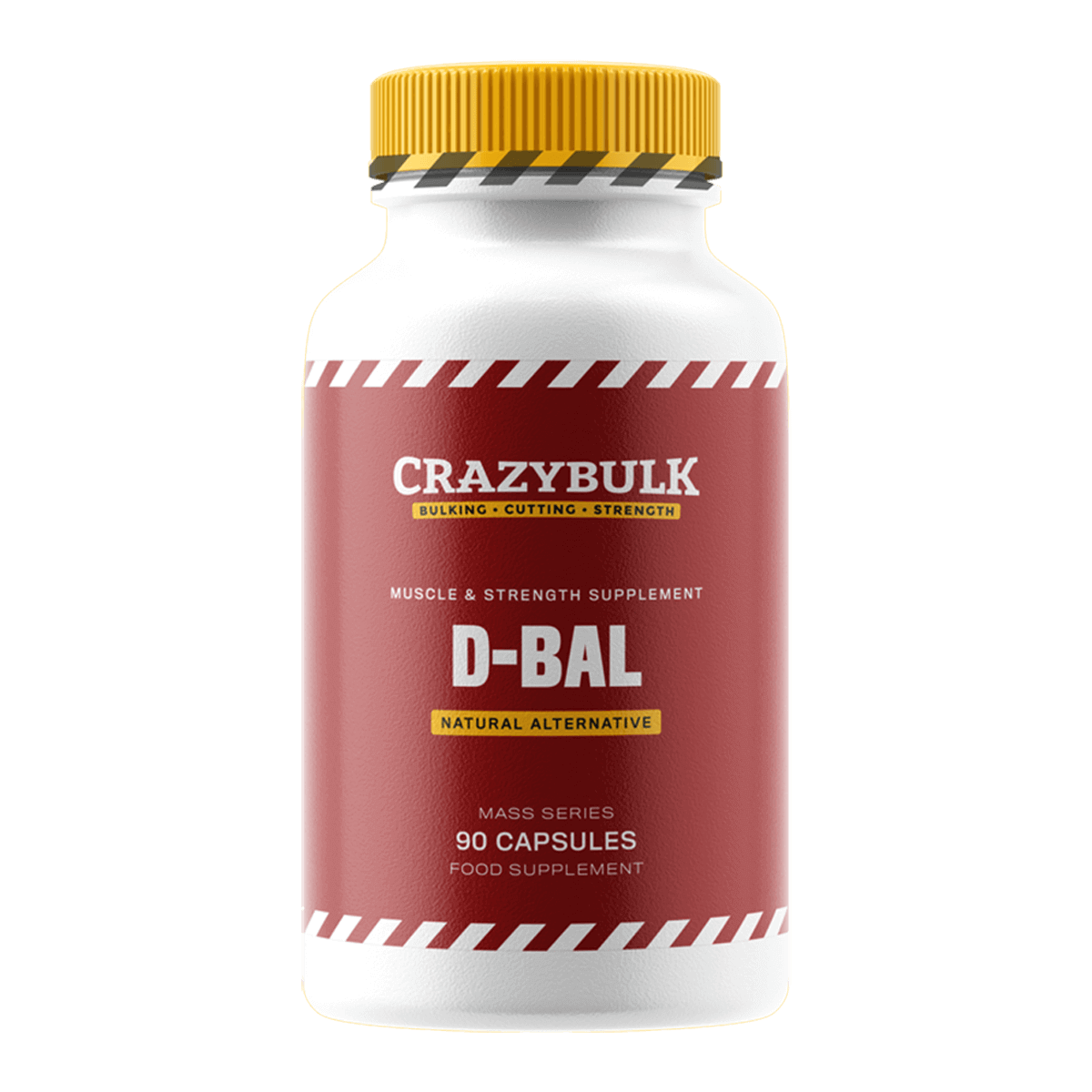 D-Bal is our #1 rated legal Dianabol product. It replicates the muscle-building and strength-enhancing effects of Dianabol, but without the unwanted side effects.

D-Bal is best suited for men wanting to build significant amounts of muscle; without shutting down their testosterone, straining their liver or elevating blood pressure levels.

Arnold Schwarzenegger: Before and After Dianabol 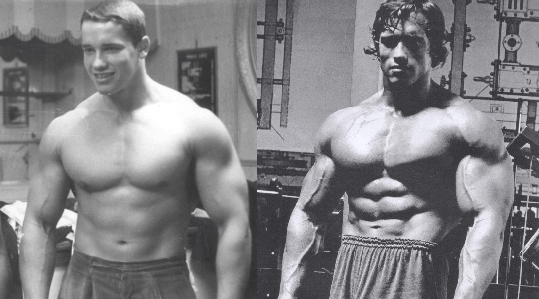 Arnold’s dosage was speculated to be 15mg/day (1), based on Frank Zane’s training diary which detailed the typical amount golden era bodybuilders would take. Arnold’s transformation (above) demonstrates the long-term results of using Dianabol, in combination with steroids such as — Deca Durabolin and Primobolan.

This isn’t to say that users can look like Arnold from simply taking Dianabol, as you can see he had impressive muscularity even as a natural bodybuilder. Also, Arnold’s training intensity and discipline when dieting were often unrivaled. However, the degree of improvement (not the end result) shown in the above photos can be experienced when taking Dianabol for several years — if combined with hard work.

It is worth noting that Arnold and other classic bodybuilders were taking authentic, pharmaceutical-grade Methandrostenolone prescribed by a doctor. In contrast, taking 15mg/day of Dianabol purchased from the black market today, may only actually be 5mg/day; due to sellers commonly diluting the product.

Thus, 15mg/day would be seen as a low dosage today; however, the golden era bodybuilders proved that with steroids — less is more.

In terms of weight gain, Dianabol will typically add 30lbs to beginners, with 10lbs being water and the majority being lean muscle tissue.

Such temporary water retention can cause bloating and a puffy look to the muscles, hence why Dianabol is often utilized in the off-season; where users will typically be wearing ample clothing (compared to beach season).

Thus, when taking Dianabol, the objective should primarily be to add mass, rather than to optimize for aesthetics.

Dianabol will reduce subcutaneous body fat, due to it essentially being exogenous testosterone (a potent fat-burning hormone).

However, the degree of fat loss will be determined by a user’s eating habits. For example, those bulking generally will eat in a generous calorie surplus to assist muscle and strength results. This will contribute to some fat gain and thus blunt Dianabol’s fat-burning effect.

If users do not eat in a calorie surplus when taking Dianabol; instead opting for maintenance calories — then they will experience simultaneous muscle gain and fat loss.

Although Dianabol can decrease subcutaneous fat (that is visible externally); it can also increase visceral fat (that wraps around the organs). This occurs due to high estrogen levels causing insulin resistance, resulting in a more bloated or distended midsection.

However, visceral fat gains are unlikely to be observable in cautious dosages, hence how Arnold and other bodybuilders from the golden era were able to maintain tiny, vacuumed waists.

How to Maximize Results on Dianabol

A person’s results on Dianabol will be determined by their training, eating habits and the cycle itself.

Thus, for best results, users should train regularly and more often than usual; as Dianabol will greatly accelerate muscle recovery (reducing the risk of overtraining). This is why classic bodybuilders were able to train for several hours each day, without burning out.

Following a standard bodybuilding split of training each muscle group 1-2 x per week is the minimum requirement for significant muscle gains.

Eating ample calories is equally important to aid anabolism and protein synthesis, thus a small calorie surplus of 500 (or more) is often adopted on Dianabol. A person may choose to eat maintenance calories, particularly if they are conscious of their body fat increasing.

Drinking alcohol should be avoided on Dianabol, with it being hepatotoxic and thus increasing the chances of liver injury. When the liver is excessively strained, the body reduces hunger as a self defence mechanism, reducing the load on the organ (as it works to process food). In the incidence of acute liver damage, users will naturally consume fewer calories; negatively affecting their results when bulking on Dianabol. TUDCA may also be used as a supplement to inhibit hepatic inflammation/damage.

For someone who has never taken Dianabol before, it would be wise to run a Dianabol-only cycle before stacking it with other steroids; so the body can become accustomed to Dianabol first.

After taking Dianabol by itself, it can later be stacked with Testosterone or/and Deca Durabolin for greater results when bulking.

An additional 10lbs of mass can be gained when adding Testosterone or Deca Durabolin to a Dianabol cycle.

Testosterone and Deca Durabolin compliment Dianabol well, as they do not increase hepatotoxicity, thus minimizing damage to the liver. Testosterone and Deca also are injectable steroids and thus only have a mild effect on cholesterol, making them safer compounds for the heart (compared to other AAS). However, testosterone suppression will worsen by combining other anabolic steroids with Dianabol, thus increasing damage to the HPTA axis and extending the duration of endogenous testosterone recovery.

Anadrol and Trenbolone are less suitable stacking options, despite them having profound effects on muscle-building and strength. This is due to Anadrol exacerbating hepatic and cardiac damage and  Trenbolone also causing the latter.