A Brief History of the Treadmill

A Brief History of the Treadmill

When it comes to physical activity, the treadmill often feels like a form of cruel and unusual punishment.

In the early 1800s, an English Civil Engineer named Sir William Cubitt devised the World’s first treadmill as a means of punishing and reforming England’s prisoners. Disgusted by the idleness of the prisoners at St. Edmond’s Gaol in Bury, Cubitt believed that hard exercise would help whip convicts into shape (pun intended by the way). Cubitt’s ideas weren’t particularly unique to a Victorian England that often times equated fitness with a strong moral character. 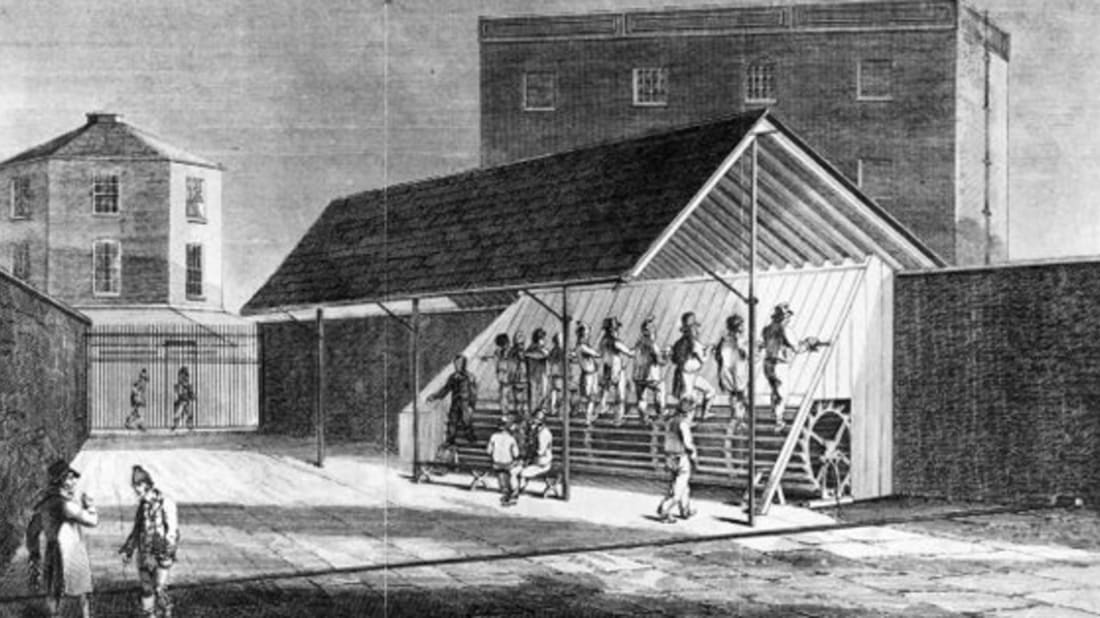 The typical Cubitt treadmill rotated around a horizontal axis, requiring the prisoner to step upwards. The easiest way to imagine what this would be like is to hop on a stepper for an hour. Those convicts unfortunate enough to be punished by the treadmill were given a horizontal handrail for stability, less they fall off and injure themselves. Typically prisoners would step on 24 spokes of a large paddle wheel and as the wheel turned, gears were used to pump out water or crush grain (leading to the name treadmill).

Now, while the time prisoners spent on the treadmill varied, it’s said that six or more hours a day was the average. This is the equivalent of climbing anywhere from 5,000 to 14,000 feet. To put that into context, 14,000 feet would bring you to about the halfway point of Mount Everest.

Unsurprisingly the exertion, combined with the poor diets of England’s prisoners lead to a series of injuries. Not that the prison guards seemed to take much notice. In 1824, New York prison guard James Hardie credited the device with taming his more boisterous inmates, writing that the treadmill’s “monotonous steadiness, and not its severity, which constitutes its terror.”

A quote many of us will undoubtedly agree with.

Remarkably, the treadmill lasted in England until the late 19th century when it was eventually banned for being excessively cruel.

A first US patent was issued in 1913 for a treadmill ‘training machine’.

In 1952, muscle powered treadmills became a thing of the past, with Robert Bruce and Wayne Quinton inventing the first electric treadmill that would be used to diagnose lung or heart conditions. These would later be used in homes, gyms, hospitals and other locations.

Fortunately or unfortunately, depending on your point of view, the treadmill made a resurgence in the early 1970s largely down to the work of Dr. Kenneth H. Cooper, the man who popularised the running craze of the 1970s.

Dr. Kenneth H. Cooper was a firm advocate of using the treadmill stress test to detect potential cardiovascular problems. This attracted criticism from other physicians due to the intensity of the test, potentially inducing heart attacks in patients.

However, such instances are known to be rare, with it being viewed as a safe protocol today, that doesn’t require injections or subject patients to radiation exposure.

Then treadmills at work desks became a popular trend, enabling people to burn calories whilst ‘resting’.

Victoria Beckham was one of various celebrities seen using a desk treadmill (in high heels), highlighted by Vogue Magazine.

Treadmills today can cost as much as $15,000; with installed TV, internet and heart rate devices. Some also keep a record of workout data, enabling personal trainers to monitor clients at all times.

The Future of Treadmills

Treadmill companies are constantly looking for new ways to improve athletic performance, resulting in some weird and wacky tweaks. One example of this is, self-powered curved machines, that try to emulate natural running motion by implementing a slatted belt with upward tilts at both ends.

Such treadmills also include many technological features, such as data syncing and various fitness apps; however as users physically power them, there is greater stimulus on the working muscle groups — which Victorian prisoners would’ve known all too well.

Hydrotherapy has also seen treadmills be used underwater, with companies such as H20 for Fitness creating such models; optimized to reduce impact, yet provide greater resistance.

What about using a treadmill in space?

American astronaut Sunita Williams ran the equivalent of the Boston marathon from the ISS (international space station) in 2007, running at zero gravity.

Tim Peake replicated this feat in 2016, completing the equivalent of the London Marathon in space.

As going to space is not affordable for most people, NASA have now launched an anti-gravity treadmill, known as AlterG, emulating the space experience on earth.

NASA claims their AlterG treadmill enables users to virtually “walk on air”, with their technology offsetting 80% of a person’s bodyweight.

The main advantage of an anti-gravity treadmill is it being significantly less harsh on the joints, thus making it especially beneficial during injury rehabilitation. Gordan Ramsay used one when recovering from an achilles tendon injury, although such machines may still not be affordable for the average person (costing $36,000).

In the future it is likely that a digital marathon could be run from your own home — experiencing it as if you’re there. This is something that could be particularly in demand, due to COVID-19 and the requirements for social distancing.

It is interesting how treadmills were first designed as cruel and unusual punishment devices that breaks users thanks to its sheer monotony — and now they are used as a form of entertainment. 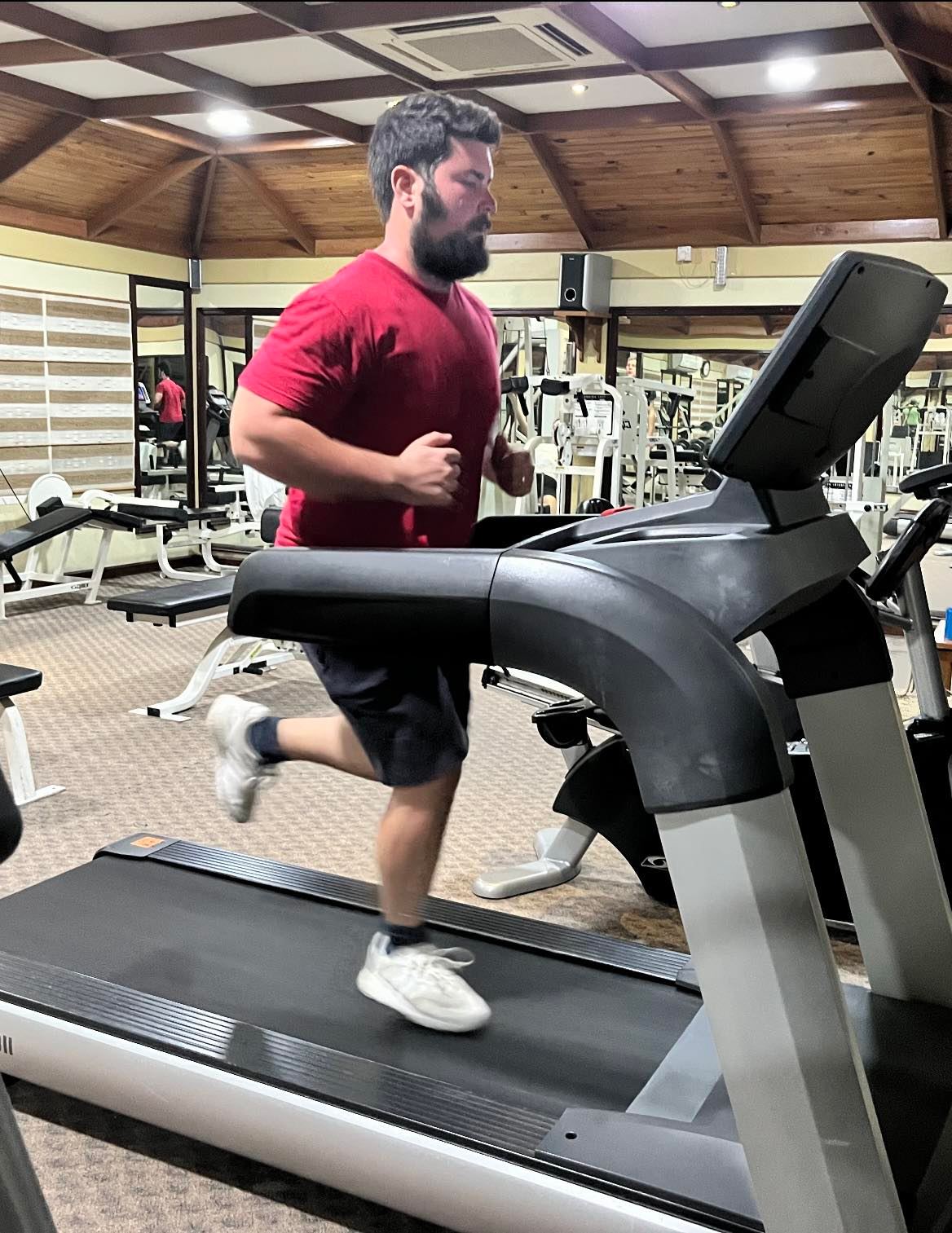 It is ironic to think that such machines with a dark past, may have a very bright future; with sales booming during the recent lockdown.

Personally, I’ll stick with weight training or running outside, despite the latest, advanced technology making treadmills ‘more appealing than ever’.